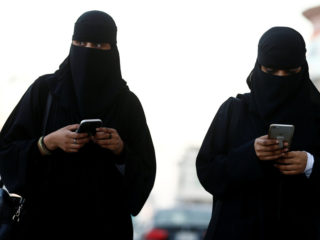 Saudi Arabia now officially allows single, divorced or widowed women to live independently in a separate house without the need for permission from their father or another male guardian.

The Government changed an article of a law that required adult citizens of the country to obtain the authorization of a male to leave home. Under this old rule, legal guardians could file a complaint with the police against a woman in the event that she disappeared or decided to live independently. Gulf News.

“An adult woman has the right to choose where to live. A woman’s guardian can only report her if she has evidence to show that she committed a crime,” reads the new amendment. Likewise, the text establishes that “if a woman is sentenced to a prison sentence, she will not be handed over to her guardian after completing her sentence.”

According to lawyer Naif Al Mansi, “families can no longer file lawsuits against their daughters who choose to live alone.” With the legislative change, the courts will not consider cases of this type.

In July 2020, Saudi writer Mariam al Otaibi won a landmark ruling that ended a three-year legal battle against her family, who sued her for living and traveling alone. The 32-year-old woman won the trial after a court ruled that she had “the right to choose where to live.”