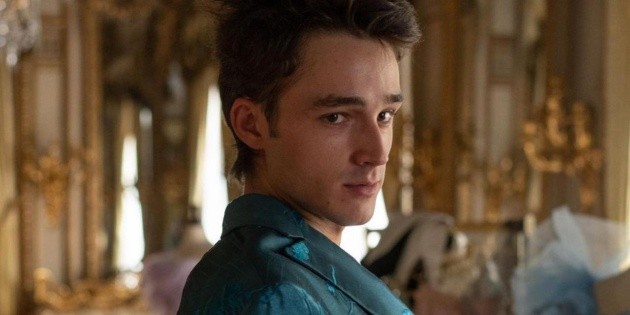 Scandal in Elite: Pol Granch was accused of misogynism by another famous

The fourth season of Elite brought with him, in addition to part of the legendary cast, new characters who came to ruin everything. Ari, Mencía, Patrick and Phillippe are the new members of the Las Encinas student body who once again demonstrated that appearances can be deceiving and that peace does not go with them.


Although, it should be noted, that the most controversial of a quarter of Elite It was Phillippe’s. Played by Pol Granch, this character is a Prince of the Franco-Spanish royalty who, after growing up in France, his parents send him to Spain after, in his country, he is accused of abuse against a young woman, still unknown and who, probably, it will arrive in the fifth season.

However, all the controversies that Phillippe brought to Las Encinas also surround Pol Granch. Although, it should be noted that the accusations received by the actor and singer are not of the same type, but they do have the same level of severity. It was Sara Socas, a Spanish rapper who, via twitter, spoke about her experience with the artist and, in her complaint, called him a misogynist.

This thread, which did not leave anyone indifferent, began with a very angry Sara writing: “Pol Granch, ever since you screwed me up at the Los 40 party in 2019, when you treated me like shit, I’ve been quiet. You go out in Elite, you dress like Harry Styles and sing tontipop ballads because many people have looked the other way. For me: fuck you”. Even so, it was the following message that attracted the most attention.

Pol Granch, ever since you screwed me up at the Los 40 party in 2019, when you treated me like fucking shit, I’ve been quiet.
You go out in Elite, you dress up as Harry Styles and sing little tontipop tricks because a lot of people have looked the other way.
For my part: fuck you


“You are a misogynist, I have never spoken out against anyone because I do not know certain realities. But you have not only treated me badly, that you disrespected me and pushed me several times, but many girls in different ways and much worse“Said the singer. Also, in another tweet, he stated: “I don’t care if he was drugged or sober”.

The controversial messages the star received from Elite They did not go unnoticed, but even so, they still received no response. In fact, it seems impossible to imagine that Pol Granch would come to speak about it since, in the face of scandals, he usually remains silent.