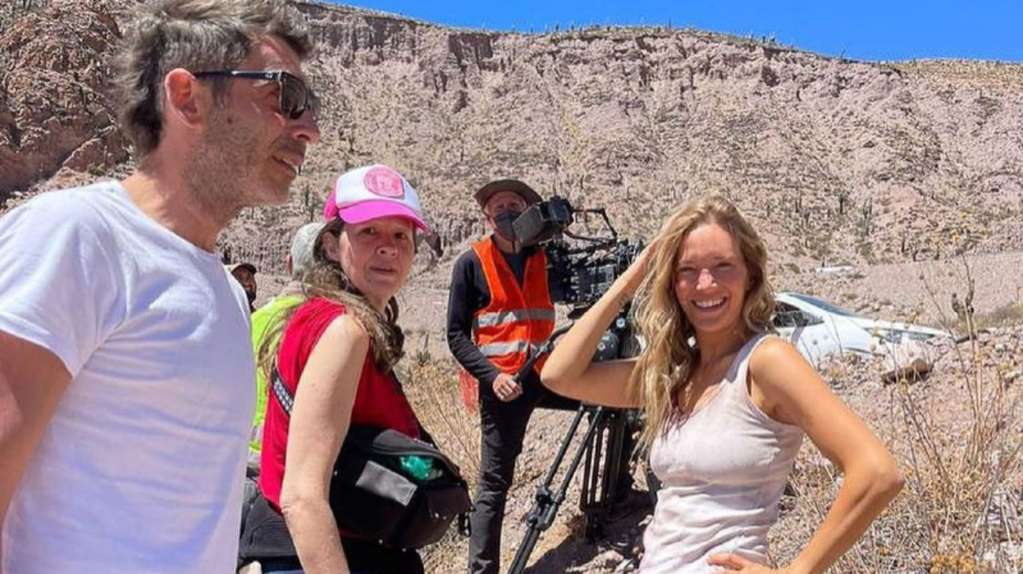 Scandal over Luisana Lopilato’s film in Tilcara: school directors deny having locked up the students for the filming

Luisana Lopilato He expressed his excitement at having started to roll Pipe, the third installment in the police saga that began with Lost and continued with Hunch. However, the big announcement was clouded by a scandal after the parents of the Eduardo Casanova elementary school students in Tilcara, Jujuy, denounced that the boys were forced to remain in the classrooms so as not to interrupt the production. In the middle of the controversy, Marta Rojas, director of the institution, denied the accusations.

The complaint gained visibility in We in the morning (eltrece) from the testimony of two parents very outraged with the situation. “Yesterday afternoon, the production team used the facilities and that meant that the children could not leave the classrooms. Without being able to go to the bathroom, do physical activity, without having a snack or developing the educational activities of any school ”, said Carolina, mother of one of the students.

One of the issues that fueled the discomfort was that the families were never notified of the filming. “We found out because the teachers told us on WhatsApp that they had to withdraw the boys ten minutes before because there was a film at the school. We or the grade teachers were not awareThose who knew were the authorities of the school and the Ministry of Education of the province that had given the authorization, ”said Rodolfo, the father of a student.

In the midst of the scandal, the director of the institution spoke with Channel 7 of Jujuy and defended himself against the accusations: “As a management team we are very upset. We did the pertinent procedures for the region, level management and Ministry. The production company called us saying that they have all the permits, that it is filming at the provincial, national and international level and that they are authorized by the Ministry of Culture ”.

Regarding the filming, Rojas indicated that it started at 5:30 p.m., but that before that the teams prepared to film: “We allowed them to do it and we told the teachers to have the students in the classrooms and to continue teaching their classes because it was the last hour”.

“Everything is in order and we are calm, but It bothers us that these foreign parents have raised a note to get us involved in this situation, instead of being happy that a production company is coming to do this in our school. It is a tourist town and, instead of looking good, they scrambled us this way. As director, I go out to repudiate this and I urge the Ministry to come out and defend everything these foreign parents are doing, ”she closed indignantly.