Scarlett Johansson will star in a film about Disney’s Tower of Terror, a famous attraction, with the person in charge of Toy Story 4 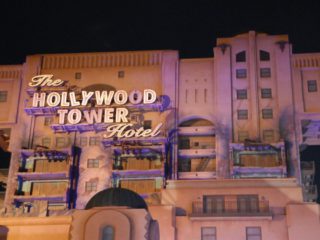 Disney seems to be delighted with Scarlett Johansson, who is collaborating with the company again to produce and star in a film adaptation of Tower of Terror (The Tower of Terror). According ColliderThe actress is working with Josh Cooley, responsible for Toy Story 4, on a script based on the famous Disneyland attraction. The film does not yet have a director.

The attraction is structured like an episode of Twilight Zone in which park visitors become guests of a famous Hollywood hotel. The elevator takes visitors to the rooms and then Tower of Terror turns into an enchanted place and visitors fall several floors to “their death.”

In 1997, Walt Disney Television produced a television movie based on the Tower of Terror, starring Steve Guttenberg and Kirsten Dunst. Was the Disney’s first movie based on a theme park attraction. Since then, Disney has kept its attractions and movies close by. Some examples are Pirates of the Caribbean, Tomorrowland, and Haunted Mansion.

Disney has previously flirted with a film adaptation of Tower of Terror in 2015, although the project never came to fruition. Now, The film will feature Scarlett Johansson, better known as the Black Widow of the MCU. The film will open in theaters and will be available on Disney Plus Premier Access.