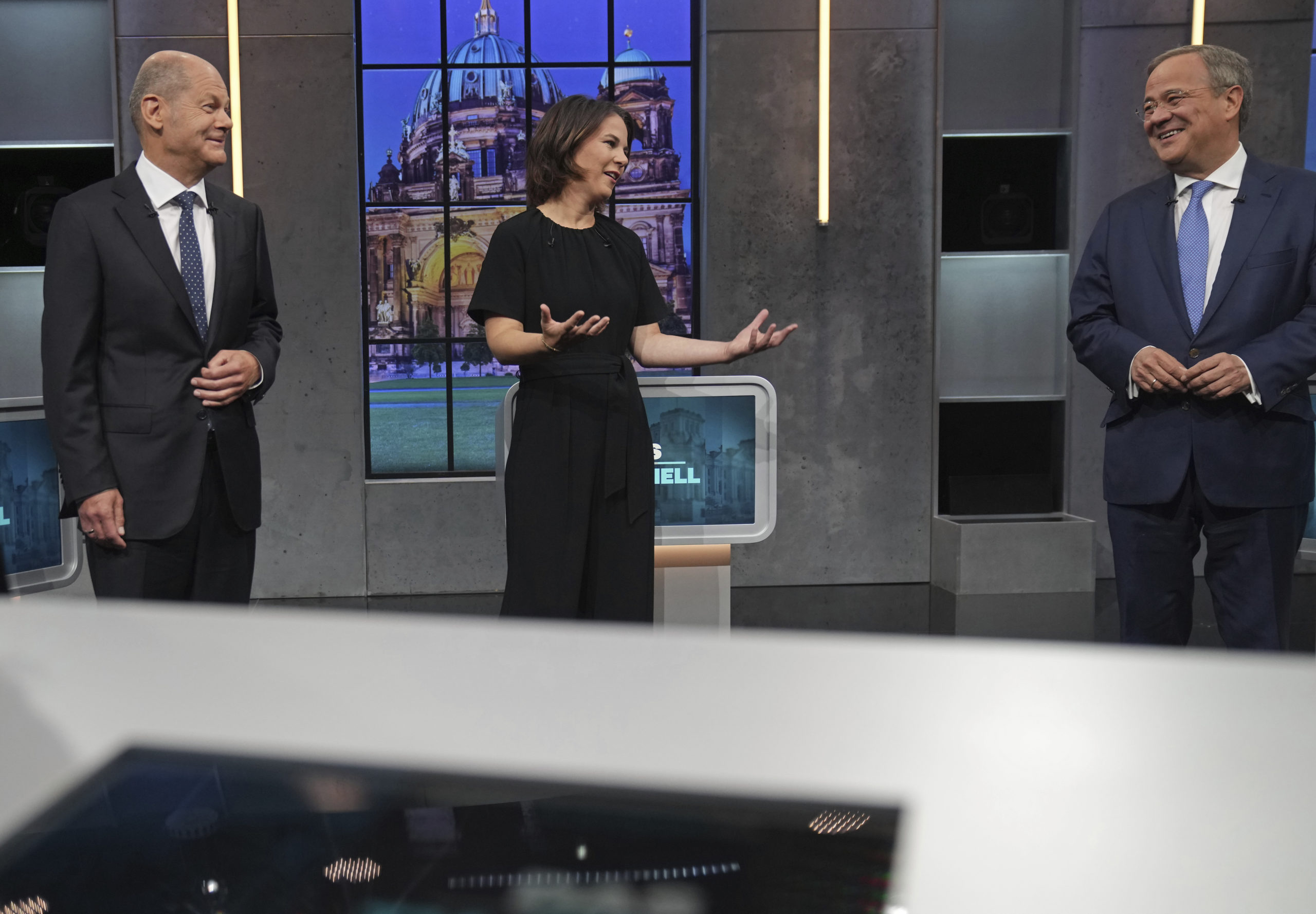 The winds of change are blowing ever stronger in German politics. The third debate between the two men and the woman who aspire to lead the country this Sunday has not moved the expectations of the contenders one millimeter. And, just one week before the elections, everything that sounds like immobility has only one beneficiary right now: the social democrat Olaf Scholz. As soon as the program finished, a poll has confirmed the very wide distance of the favorite. 42% believe that Scholz won the debate compared to 27% who bet on the Christian Democrat Armin Laschet and 25% for the green Annalena Baerbock.

When he agreed to lead the candidacy of the Social Democratic Party (SPD), he seemed destined to become the umpteenth victim of the election-winning machine that is – or was – the Christian Democratic Union (CDU). A year after that decision, Scholz has more ballots than anyone to become the ninth chancellor of the Federal Republic.

His television confrontation with Laschet has not brought great news. But it has served to visualize his many agreements with Baerbock on issues such as raising the minimum wage to 12 euros per hour, raising taxes on those who earn the most or protecting the environment. “When he is in government he defends that the social agents agree to the minimum wage and in the campaign he says that it will be the SPD who decides it. You are not credible, ”Laschet attacked him. Scholz smiled calmly. So calm that even the moderator has asked him at one point if he did not want to intervene. Sunday’s debate sometimes looked like the first cabinet meeting with Chancellor Scholz and Vice Chancellor Baerbock.

Laschet looked broken. Neither the presidential tone of the first debate nor the more aggressive of the second one worked for him. Build up a very tough few weeks. Chancellor Angela Merkel was forced in her last parliamentary speech to come to the rescue of a candidate who is already sensed as a mistake. Markus Söder, leader of the Bavarian sister party CSU, enjoyed much better popularity ratings. He flirted with the idea of ​​aspiring to the highest position in German politics, but Laschet did not step aside. Finally, tradition was chosen and the president of the CDU triumphed. Many in the Konrad Adenanuer Haus, the party’s headquarters, are now pulling their hair out.

While waiting for what happens next Sunday, panic is already spreading in the CDU. And some knives start flying. Wolfgang Schäuble, current President of the Bundestag and one of the most prominent figures in German politics in recent decades, has blamed Merkel In an interview of the black omens that surround his party. The fact that the woman who has ruled Germany since 2005 resigned three years ago as head of the party but not the chancellery has prevented, according to Schäuble’s version, her successor from benefiting from the extra popularity that would have given her to reach these elections as head of government. Thus, Laschet would have arrived at these elections tied hand and foot: he cannot offer a great change, but neither does he have the necessary experience to present himself as a guarantor of stability.

Schäuble’s rape of his former boss is not the only downpour that falls on the CDU. According the Sunday edition of the Frankfurter Allgemeine Zeitung, such prominent figures as the Minister of Defense who briefly succeeded Merkel at the head of the Christian Democrats, Annegret Kramp-Karrenbauer, the Minister of Economy, Peter Altmaier, or the number two of the party, Paul Ziemiak, fear that the debacle will be of such magnitude that they will not obtain his seat by direct mandate.

The German electoral system gives citizens two votes: one for the person and one for the party. If these fears are realized, the first swords of the CDU could enter Parliament, but they would do so with the humiliation of not having been elected directly for obtaining the highest number of votes from their constituencies, but with the consolation prize of entering. in the Bundestag thanks to the party lists.

All the polls point to Scholz as the favorite. But nothing is written yet. “The result is very open,” says Wolfgang Merkel, professor of political science at the Humboldt University of Berlin. This expert believes that there are two factors that make it very difficult to predict what will happen next Sunday: “There are many more undecided than in previous elections and also a phenomenon that we call misalignment is accelerating: there are more and more voters who no longer support the one who had been his party ”.

Scholz’s leadership actually depends on a few percentage points, three or four. There could be surprises. The undecided could wait until the day of the elections and who knows if they will vote conservatively, in the sense of voting for a traditional party from which they do not expect daring reforms or experiments, says the professor of Political Science.

The CDU has also been undervalued in polls in recent regional elections, such as the one in Saxony-Anhalt, where it seemed that the far-right Alternative for Germany (AfD) party could emerge victorious. The battle is not decided. Scholz has not yet won the game. But it seems clear that Sunday’s debate will not convince the undecided or provoke a transfer of votes from one party to another.

Germany looks at the navel. In the midst of the crisis in Afghanistan that has shocked the world, foreign policy has been practically absent from the three debates held by the three candidates with a chance of reaching chancellor. At the meeting this Sunday, the only mention of what happens outside the country’s borders has come in the final messages from Laschet, in favor of maintaining a united Europe, and Baerbock, who has called for a rights-oriented foreign policy humans. That was it.

The remaining hour and a half of debate has focused on issues such as the minimum wage, taxes, climate change, security, coronavirus and digitization. The weather pack was the longest of the night, over 10 minutes. Laschet has criticized Merkel’s inheritance, saying Germany should have ditched coal before shutting down nuclear plants. The last coal plant is scheduled to close in 2038. The nuclear shutdown will instead be much faster: the last nuclear reactor will stop working in 2022.

In an electoral panorama as fragmented as the German one, the discussion about who will agree with whom as of Sunday could not be absent. Here, once again, the candidates of the SPD and Los Verdes have agreed on the need for Laschet’s party to leave the government. “Most voters really want the CDU / CSU to go into opposition after so many years,” Scholz responded when asked about the possibility of reissuing the grand coalition that has ruled Germany for 12 of the last 16 years.