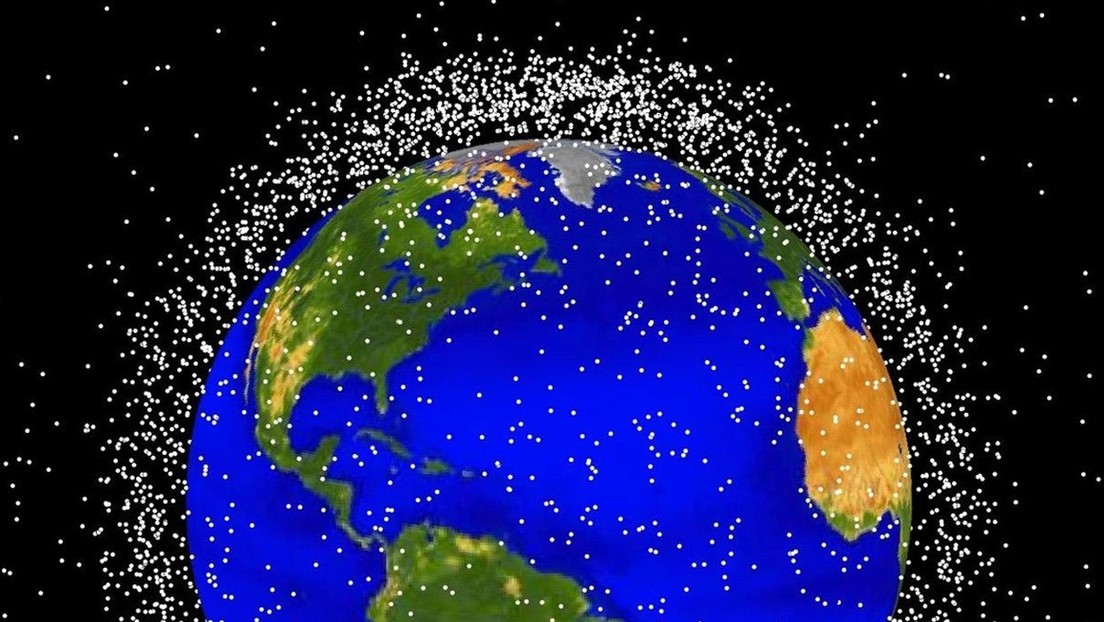 Scientist warns that Earth could develop rings like Saturn’s, but made of space junk

Jake Abbott, a professor of robotics at the University of Utah, said in a recent interview with The Salt Lake Tribune that space debris orbiting our planet could increase to the point of forming rings similar in appearance to those of Saturn.

“Earth is on the way to having its own rings. They’ll just be made of trash“Abbott declared.

Space debris, also known as ‘debris’, is a type of anthropogenic pollution and is becoming an increasingly serious problem due to the increase in space tourism, space missions and the launch of new satellites.

NASA currently tracks more than 27,000 pieces of orbital debris, although in the near-Earth space environment there are many more debris too small to be tracked, but large enough to threaten human spaceflight and robotic missions.

“Since both debris and spacecraft travel at extremely high speeds (approximately 25,000 km / h in low Earth orbit), the impact of even a small fragment of orbital debris with a spacecraft could create big problems.” points out the agency, which estimates that there are Half a million of rubble the size of a marble and around other 100 million of about a millimeter.

Magnets to the rescue

For the past few years, astronomers and engineers have been looking for a way to solve this problem. Abbott himself is the co-author of a study published last month in the journal Nature, in which he and his team offer a novel solution: the use of magnets.

Not all space junk is metallic, so using magnets to move it around and eventually collect it would seem impossible. However, Abbot explains that non-magnetic orbital debris can conduct electricity and, when exposed to the action of magnets, they begin to rotate and activate so-called eddy currents, an electrical phenomenon that, in turn, would generate its own magnetic field.

According to the expert, this would allow the controlled use of force and torque to decelerate objects, move them and collect them.

“Basically, we have created the world’s first tractor beam“said Abbott, who concludes that building and launching it” is now just a matter of engineering. “