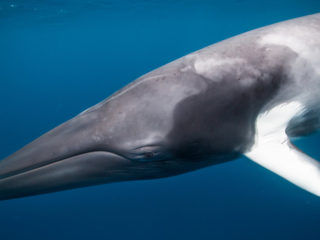 Groups of young Minke whales pass each year through a strait off Vestvagoy Island in northern Norway, heading for their foraging grounds in the Barents Sea. Now the Norwegian Food Safety Authority (NFSA) plans to capture cetaceans of this species to subject them to six hour sound checks, despite the categorical rejection that the measure provokes in dozens of scientists and wildlife experts, who describe these plans as “completely unacceptable”.

Once captured, the whales will be immobilized between two rafts, at which point electrodes will be placed under their skin to study how their brains respond to the different frequencies of ocean noise. The animals will then be tagged by satellite and returned to the sea.

About 50 scientists, veterinarians and wildlife groups from around the world have signed a “statement of concern“in which they condemn these plans, claiming that could cause injury, stress and even death to the whales, so they ask that they be suspended with the sole purpose of avoiding “considerable trauma”.

Furthermore, in a letter to Norwegian Prime Minister Erna Solberg, experts from the wildlife charity Whale and Dolphin Conservation (WDC) call for the experiments to be canceled on the grounds that “they are totally unacceptable from the point of view. of conservation, science and animal welfare “.

For its part, the NFSA notes that “the severity of the experiment is moderate” and that “knowledge of how human activity disturbs wild animals will always be beneficial” to them.

“There is nothing to indicate that this experiment should be considered severe,” says the organization. quoted by The Guardian. “Our assessment of moderate severity is due to the way the whales will be held between two rafts while their hearing is tested. We assess that subcutaneous electrode placement, hearing testing and GPS tagging on the dorsal fin are mildly severe. It is not about exposing them to loud noisesbut to discover the lowest noise they can actually hear. “

The experiment was to have been conducted between May 15 and June 22, but was delayed due to bad weather. In the strait, nets of more than a kilometer long have already been placed to lead migratory whales to the designated area for the execution of the tests.