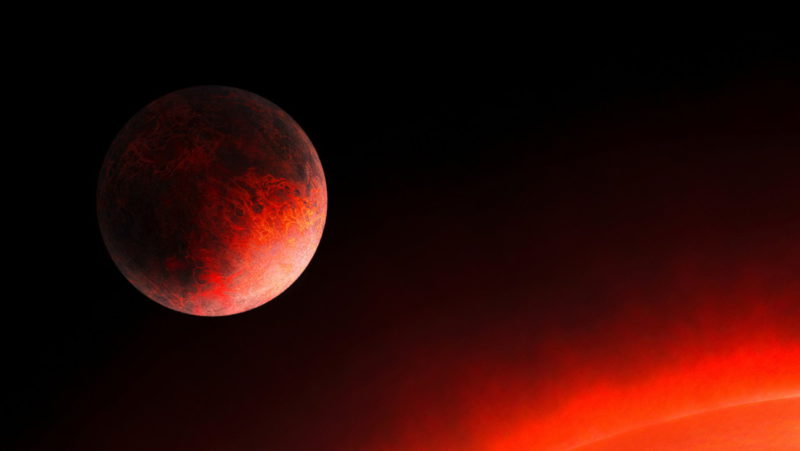 A team of astronomers discovered one of the smallest and most metallic exoplanets known to date: a world rich in iron, which is located at 31 light years from Earth and it revolves around its star once every eight hours.

Called GJ 367b, is slightly larger than Mars, but has a density almost equal to that of pure iron. It is the smallest exoplanet for which scientists have been able to determine its composition, according to astronomer Kristine Lam of the Planetary Research Institute of the German Aerospace Center. She and her colleagues reported the finding this December 2 in the magazine Science.

Astronomers have not yet figured out how this planet would have formed, but they believe their discovery is important. “Seems to have similarities to Mercury. This places it among the terrestrial or rocky planets smaller than Earth and takes the investigation a step further in the search for a ‘second Earth’“, he claimed Blue.

The GJ 367b has a scorching temperature, which remains between the 1,300 and 1,500 degrees Celsius during the day, making it completely uninhabitable. Likewise, the research team was able to establish that it is just over 9,000 kilometers in diameter, with a density of 8.106 grams per cubic centimeter. In a similar unit of measurement, the density of the Earth is 5.51, while that of iron is 7.874 grams at room temperature.

The discovery also “reveals our ability to measure the mass of tiny planets, lower than Earth.” he claimed David Armstrong, an astronomer at the University of Warwick in Coventry, UK. “Being able to observe these types of planets, even though they are many light years from us, is fascinating and promises many discoveries of similar planets to Earth in the future, “he added.