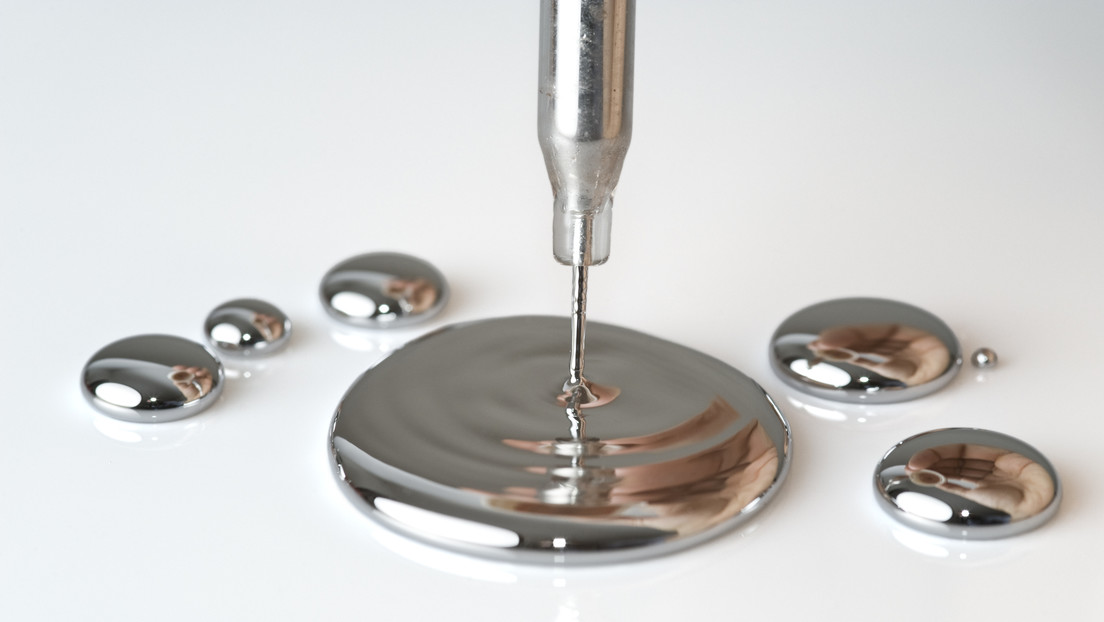 An international team of researchers has recently published in the journal Advanced Materials a study in which they claim to have discovered a cheap way to capture and recycle greenhouse CO2 emissions using a liquid metal.

According to the researchers, the procedure can be performed at room temperature, as it uses galio, a metal that reaches a liquid state when exposed to more than 30 degrees Celsius. The captured CO2 dissolves in a solvent around gallium nanoparticles, producing a triboelectrochemical reaction at the solid-liquid interfaces due to friction between the two surfaces.

At the same time, an electric field is created that triggers a chemical reaction. These processes convert CO2 to oxygen and carbon sheets They “float” on the surface of the container due to differences in density and can therefore be easily removed. These sheets, according to scientists, are a material very valuable It can be used in construction or in the manufacture of aircraft and batteries.

“We see industrial applications very robust with respect to decarbonisation “, he comments Junma Tang, lead author of the study. “This technology offers an unprecedented process to capture and convert CO2 to a cost exceptionally competitive“.

Tang and his team determined that the novel method has a 92% efficiency in the conversion of a ton of carbon dioxide using low energy consumption. In general terms, they estimate that each ton of CO2 recycled through this mechanism has a cost of approximately $ 100.

The LM Plus company, with the support of the University of New South Wales (Sydney, Australia) and an initial investment from the Uniseed fund, intends to commercialize this project and take it to scale.

“We are now working to raise funds and build a larger proof of concept for this system to work inside a 40ft container. [12 metros], the size of a truck trailer, which could ultimately help industrial sites to immediately capture any CO2 emissions and convert them“said Paul Butler, director of LM Plus and investment manager of Uniseed.

This larger system, according to LM Plus plans, will be built over the next 15 months. Meanwhile, the company is already in discussions with potential business partners who could help implement this new technology in other ways.