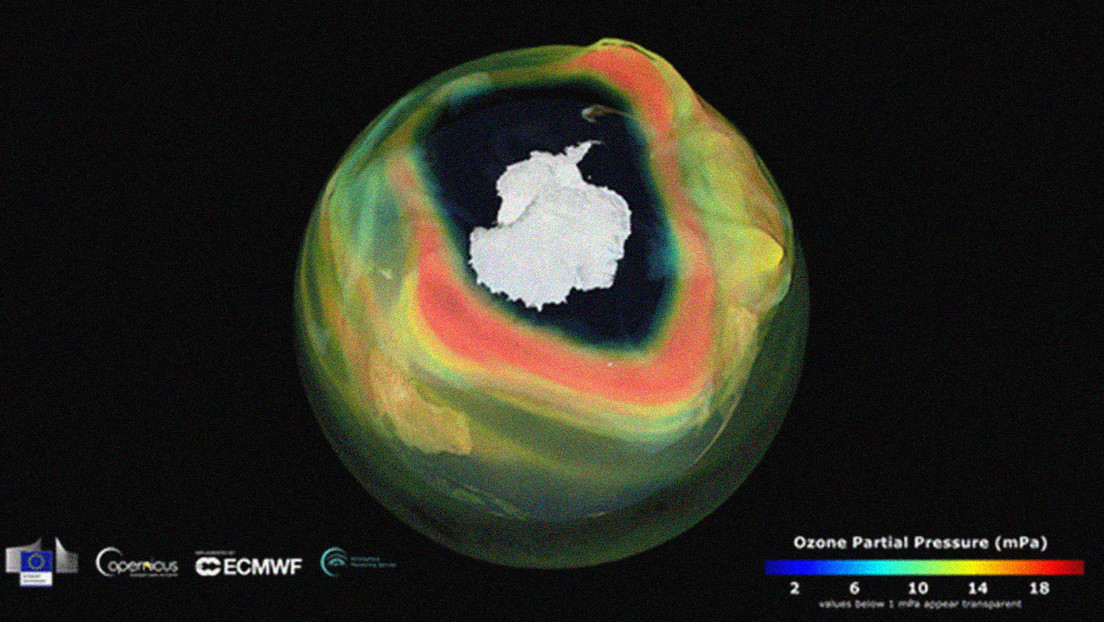 Researchers from the European Copernicus Atmosphere Monitoring Service (CAMS) have warned that this year’s hole in the ozone layer is growing rapidly and already occupies an area larger than that of the Antarctic continent.

Ozone exists in the stratosphere, between 11 and 40 km above the Earth’s surface, and acts as a protective shield against ultraviolet radiation. Every year, at the end of the southern winter, a hole begins to form in the ozone layer, a natural phenomenon that reverses during the summer. However, researchers have noted that the 2021 hole is larger than 75% of this season’s holes since 1979, and they consider it “quite a bit larger than usual.”

“We can’t really say at this stage how the ozone hole will evolve. However, this year’s hole is remarkably similar to 2020, which was one of the deepest and most durable in our records since 1979.” underlined Vincent-Henri Peuch, director of CAMS, in an interview with The Guardian. “The process is still underway. We will continue to monitor its development in the coming weeks. A large or small ozone hole in a year does not necessarily mean that the overall recovery process is not progressing as expected, but it may indicate that it should be paid. special attention and research can be directed to study the reasons behind a specific hole. “

The Antarctic ozone hole usually peaks between mid-September and mid-October. By December, when temperatures begin to rise high in the stratosphere, ozone levels usually return to normal.

Measurements made since the late 1970s found significant reductions in average ozone concentrations, especially in the Antarctic area. This phenomenon was attributed to the increased concentration of chlorofluorocarbons, man-made gases that were first developed in the 1930s for use in refrigeration systems and later used as propellants in aerosol cans. The reduction of the ozone layer generated worldwide concern about the increased risk of cancer and other negative effects on terrestrial flora and fauna, which is why in 1989 the Montreal Protocol came into force, which prohibited the production of chlorofluorocarbons. Ozone levels stabilized in the mid-1990s and began to recover in the 2000s. The recovery is expected to continue and the hole in the ozone layer to reach pre-1980 levels around 2075.