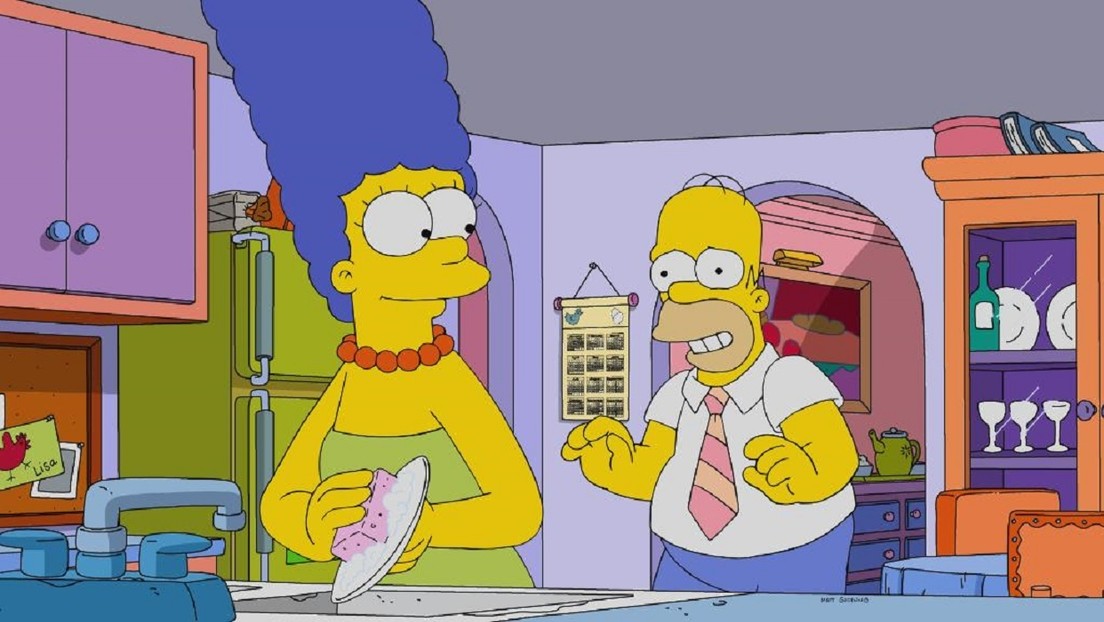 The writer of ‘The Simpsons’, John Swartzwelder, who is credited with creating some of the most popular episodes of the animated series granted this past Sunday his first interview since leaving the hit show, created by Matt Groening for Fox, 18 years ago.

Swartzwelder, who wrote 59 episodes between 1990 and 2003 – including ‘He only moves twice’, which parodies the James Bond films and ‘Homer the Great’, featuring the ancient secret society known as the ‘Stonemasons’ – detailed to The New Yorker that when he started working on ‘The Simpsons’, the executives allowed him and his colleagues to write their own way. “All we had to do was please ourselves,” he said. “It’s a very dangerous way to run a TV show, leaving the artists in charge of the art, but in the end it worked well. Money rained down on Fox’s land for 30 years. There is a lesson there somewhere, “he added.

He stressed that the scriptwriters of the series never thought about its success, because they knew that could be replaced “in about two seconds, at any time, probably for less money. “

Regarding the show’s protagonist, Homer Simpson, Swartzwelder revealed that he had imagined him as “a big talking dog” while creating the character. “One moment he’s the saddest man in the world because he just lost his job, dropped his sandwich, or accidentally killed his family. The next moment, he’s the happiest man in the world because he just found a penny, maybe underneath one of his dead relatives. Not really a dog, of course – he’s smarter – but if you write it like a dog, you will never go wrong“he explained.

He revealed that Mr. Burns, also known as Monty Burns, “was always fun” for him. “And Homer, of course. Patty and Selma, less. But all the characters in Springfield can be funny. It’s just a matter of giving them something funny to say,” he said.

In addition, Swartzwelder explained the significance of the series ‘Rasca y Pica’ (‘Tomy and Daly’, in Latin America), a violent parody of ‘Tom and Jerry’, incomparable to ‘The Simpsons’. According to the screenwriter, the framing of violent scenes through the Simpson family’s own television gave creators greater freedom. “We could show horrible things to the children in the house, as long as we represented them by showing them first to the children of the Simpsons,” he said. “Somehow, this extra step puzzled our critics and thwarted the torch mobs. We agreed with them that it was wrong to show it to the kids: ‘Didn’t we just show it was wrong? And, look, here’s more bad things, ‘”he added.

Finally, the writer confessed that he believes “that the third season was the best“” By then, we had learned to produce world-class ‘The Simpsons’ episodes with surprising regularity, we had developed a great cast of characters to work with, we had not even come close to running out of storylines, and the staff still he was not exhausted from overwork. The third season was a fun year to be in the writing room of ‘The Simpsons’, and I think it shows at work, “he concluded.