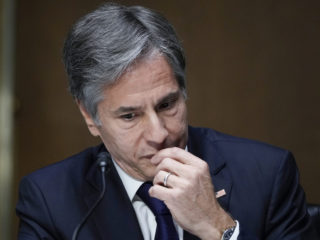 Senator Rand Paul, Republican of the state of Kentucky, confronted US Secretary of State Antony Blinken on Tuesday about Washington’s recent decisions regarding Afghanistan, and raised tough questions to which the government representative barely could answer.

By testifying at the audience of the Senate on the withdrawal of US troops from Afghanistan, Blinken confessed that he has no idea whether the August 29 drone attack in Kabul, allegedly against a car bomb, killed an Afghan humanitarian worker and his family members or a terrorist from the Islamic State of Greater Khorasan, the local branch of ISIS, known by its acronym in English as ISIS-K.

Initially, Blinken tried to evade Paul’s direct question about whether “the guy the Biden Administration drone killed was a humanitarian worker or an ISIS-K operative,” simply replying that “the Administration clearly is reviewing that attack” So what “the full evaluation will be done“, but then gave in to the insistence of the senator.

“Well, you see, you would think that before you kill someone with a Predator drone you have to know if they are a humanitarian worker or [un terrorista] of ISIS-K, “Paul snapped, recalling that this attack in Afghanistan is not a unique case and that long before the Barack Obama Administration killed” hundreds of people “in similar attacks.

The “collateral damage” so far known from the August 29 attack in Kabul included 10 members of a family, including six children, a relative of the deceased reported to the media. “I do not know if it is true, but I see the photos of those beautiful children who died in that attack. If it is true and it is not propaganda, perhaps you have created hundreds or thousands of potential terrorists by bombing the wrong people, “the senator continued.

The senator also criticized the Biden Administration for abandoning the Bagram military base and leaving an enormous amount of US weaponry at the disposal of the Taliban, without holding anyone accountable for doing so. In addition, he predicted that $ 64 million that Washington allocated to Afghanistan as humanitarian aid for the civilian population will end up in the hands of the Taliban, and stressed that it would be “naive” to think otherwise.