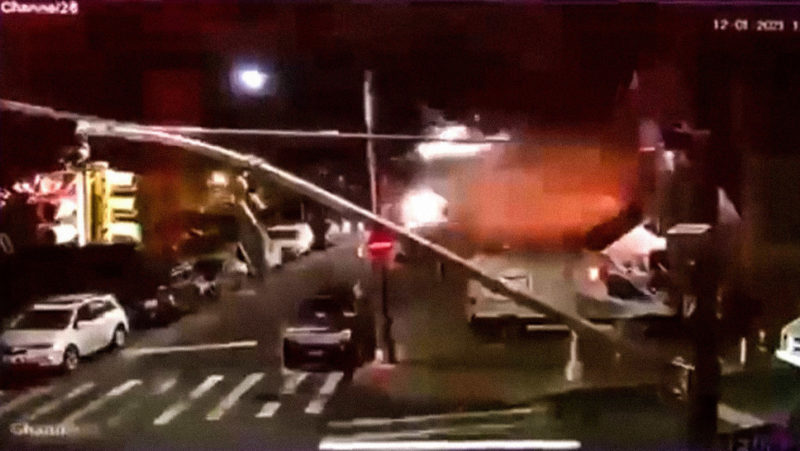 Security cameras captured the moment of a large explosion that occurred in a residential building in the Brooklyn district of New York, which left six slightly injured.

The event took place at dawn this Wednesday in the one-block basement of three floors. Local press informs that the outbreak caused a fire and the collapse of the first floor. All the people who were in the building managed to escape.

Incredible view of a natural gas explosion in East NY Brooklyn, this explosion would become a 3 alarm with serious firefighting safety concerns, fire units did epic work putting this out and limiting it’s spread. Thankfully all civilians got out safely with minimal injuries. pic.twitter.com/Gt9mVOmM2K

The flames spread to adjoining buildings, causing around 50 people to be evacuated until the fire could be controlled by firefighters. Some neighbors they affirm that on Tuesday afternoon in the place there was a smell of gas, so they alerted the authorities, but they “ignored” the warning.

Investigators suspect that the cause of the explosion would be a faulty boiler connected to a gas line, but the investigation is still open.