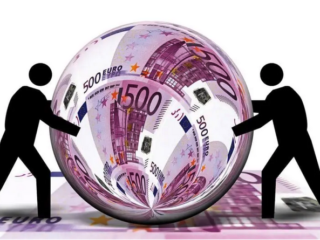 But there are some assets that have lagged behind such as the equities of Turkey -16.5%, that of Japan 3.1% active in which by the way we are seeing a good entry opportunity and therefore we will suggest some funds to invest on them in tomorrow’s note.

As shown by both Michael Hartnett’s report for the US and that of Ioannis Angelakis for Europe, and that we already commented in previous times, we have begun to see flows to bonds, mainly IG and emerging and a slight increase in the allocation to liquidity, with strong outflows of “growth” funds, although several selectors we spoke with are not in the business of distinguishing between growth and value, but rather focus on “quality at fair value”.

The allocation to equities among private banking clients continues to exceed 50%However, they have slightly increased liquidity and something in gold. Victoria Torre from Selfbank comments that she is at 50% in variable income, while Araceli de Frutos from EAF tells us that she has increased slightly in short-term fixed income, although she continues to overweight equities. For her part, Elena Martin-Prieto from Unicaja commented that she has a highly diversified exposure in fixed income, between financial subordinated debt, short-term credit, flexible fixed income, although she is highly overweight in equities.

Another issue in which the selectors are putting the money to work is in listed infrastructure funds and that even when there are regions, such as the US that may already be well ahead in the cycle due to the strong rebound that assets have already had, there are still attractive opportunities in other regions that it is advisable to take advantage of, both via actively managed funds. as passive.

Regarding the small caps, they agree that after the strong market rally, they have lagged somewhat behind and the valuations are supportive. In addition, they are considered pro-cycle and very oriented to domestic recovery, which is the one that will prevail after global recovery data. SMEs employ a significant part of the workforce in Emerging, Europe and the US, they are the backbone of the economy of several countries, such as Spain. Although they have been affected by the pandemic, it is worth bearing in mind that these small companies can become the big ones of tomorrow, so it is convenient to consider the option of investing in this very important part of the business fabric of many countries.

And last but not least, the addiction to liquidity remains and the speculative foam has been affected in stocks and shares. cryptocurrencies which was a highlight of Ismael Pellicer de Morabanc, and where despite recent corrections and the strong volatility of the asset, millennial investors continue to bet on that asset but the specter of regulation continues to haunt.