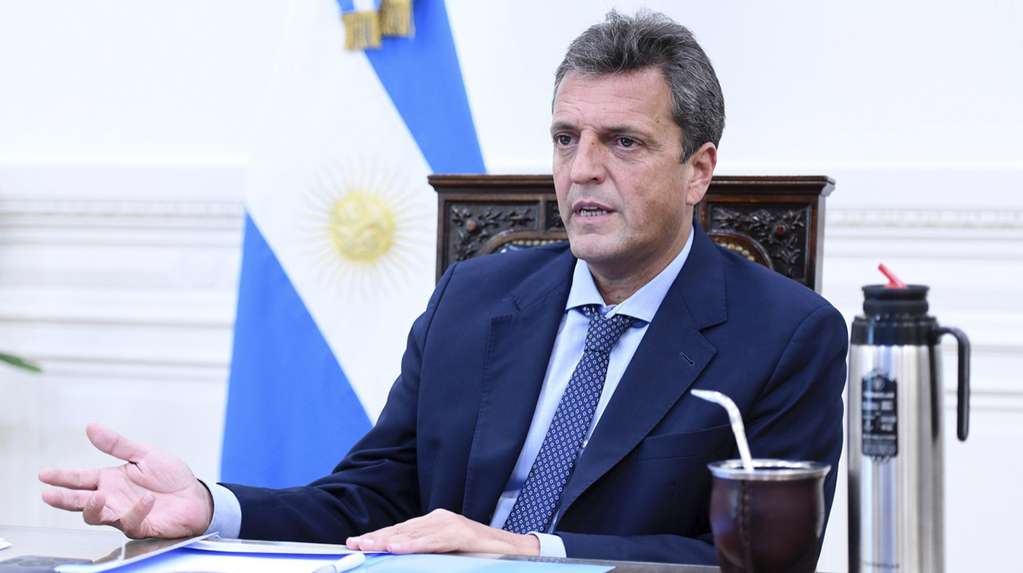 Sergio Massa announced that the Government will summon the opposition post-elections: what will be the axes to be addressed

With defeat in the PASO still in force and less than a month after the legislative elections are held, Sergio Massa assured that the government will make a call “to the opposition, employers and workers for the design of 10 State policies.” Likewise, the President of the Chamber of Deputies He pointed out that as a governing coalition they must solve three fundamental problems: “prices, insecurity and put the development program in motion.”

“Once the election is over, we will call from the government to reach an agreement with the opposition, with the businessmen and with the workers, articulating the Congress and the Economic and Social Council.“, Said Massa in an interview with Infobae. And he added: “The President has the decision to do so, I discussed it with the Vice President and it germinated from an idea that, at the time, Máximo Kirchner raised on the issue of debt. We are going to call for an agreement on 10 policies ”.

As explained by the head of the Renewal Front, one of the central issues will be the taking of external debt, since they will seek that this financing tool has as its objective the application of “Intergenerational infrastructures, intergenerational social policies, educational policies and intergenerational scientific and technological research. Things that do not impact on a present issue ”.

Likewise, “an agreement on laws of growth and economic development, agroindustry, hydrocarbons and mining, and the issue of hydrogen and lithium” will be presented, in addition to “economic development, education, and issues related to three policies to combat poverty. to 10 years; and job creation ”.

“I will be clear: regardless of the result, win or lose, after the election we will call for an agreement”, Stressed Massa. “I think we have to go to a Pact of La Moncloa,” he said.

In the words of the President of the Lower House, the number of points in the agreement will depend on the request of the sectors: “We have to have the solidarity that the success of an agreement is capitalized by all; but also the humility that the costs are shared in solidarity”.

Days after the Minister of Economy, Martin Guzman, hold a meeting in Washington with the head of the International Monetary Fund (IMF), Kristalina Georgieva, to continue renegotiating the debtMassa announced that “Argentina is going to reach an agreement that gives it a term, a good rate and the possibility of having the ability to pay to stand up after the super indebtedness with capital flight from the government of (Mauricio) Macri.”

Anyway, Massa stressed that “Argentina is going to have a new agreement with the Fund. The President has the decision to advance in an agreement that has to be possible to pay for Argentina and viable in terms of what is the result of our trade balance.”.

The key points to resolve about the economy

In addition, Sergio Massa analyzed other central points of the economy. “We have three questions to solve: prices, because silver is not enough and it is key that we control inflation. Fight against unsafety, because the exit from the pandemic returned us to situations of daily life that generate fear in people. And the developing, which went into standby because the objective ended up being to attend the emergency of the pandemic ”, he listed.

The analysis of the defeat in the PASO

“Part of our agreement as a coalition after the election was to set a goal to look to 2023 and not so much the November election “, said Massa when analyzing the hard defeat suffered by the Frente de Todos in September and warned that” if society sees that we are steadily taking a path of recovery of investment, employment and the middle class Argentina will finally assess it at the time of an election ”.

In this vein, despite stating that the legislative elections are “important because it will give us the deputies to pass key laws that Argentina has today,” he stressed that the Government must “look at the next two years, not just the next 30 days.” Meanwhile, when evaluating the adverse result at the polls, Massa analyzed: “Around there we did not know how to count well.” In the words of the Tigrense, the Executive focused on communicating the actions in a pandemic, with which they lost “the emphasis on telling other things.”

While commenting on the post-defeat cabinet changes, Massa lowered the drama and asserted: “Only three ministers out of twenty changed. We should not be afraid of debate, plurality of opinions, as long as the coalitions maintain the spirit of unity in diversity ”.