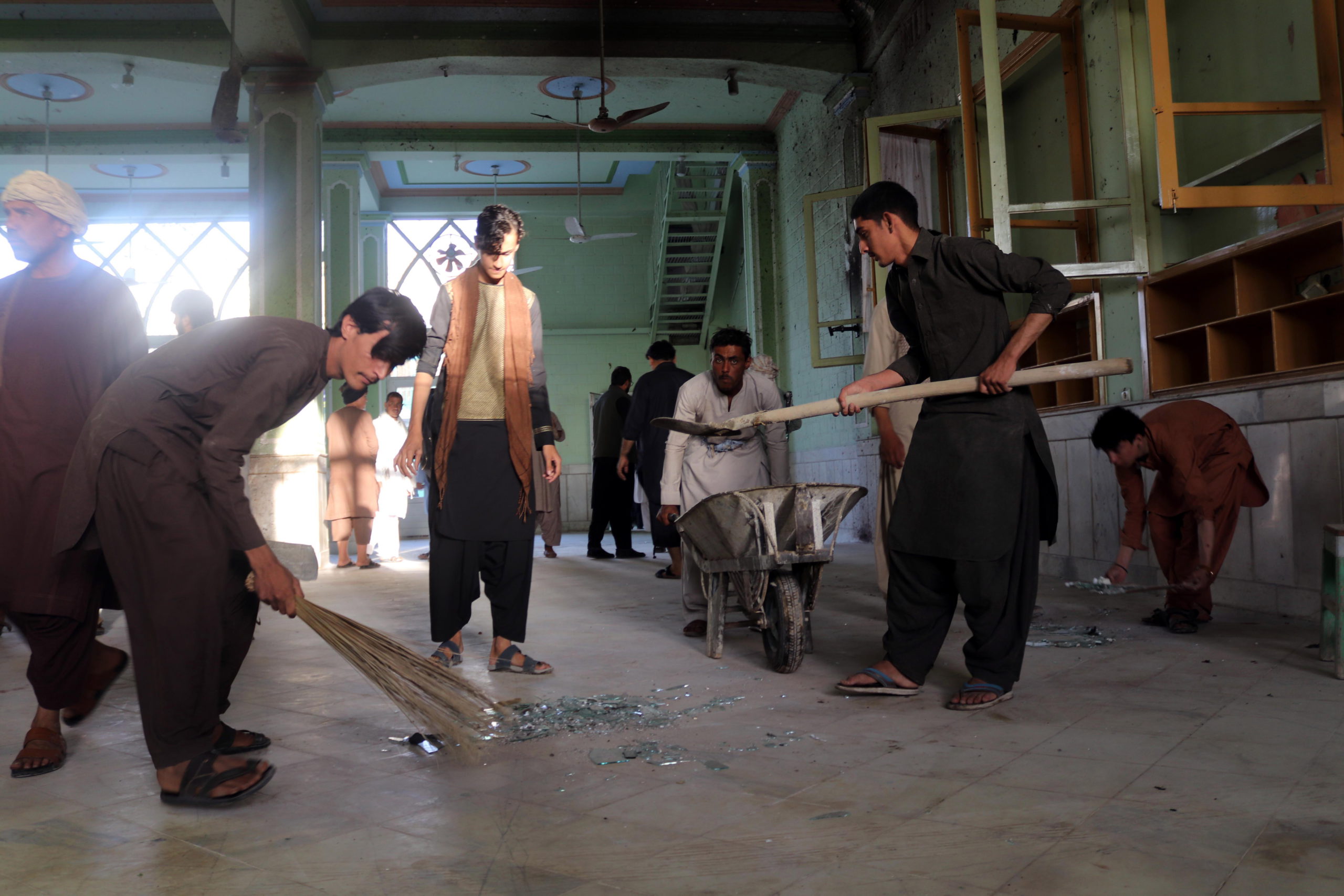 Several explosions have caused at least 41 deaths and dozens of injuries this Friday in a Shiite mosque in Kandahar, the main city in southern Afghanistan, according to hospital sources cited by local media. The Taliban have condemned the massacre that they have attributed to a suicide bomber, although eyewitness accounts indicate that there may have been several. No group has assumed responsibility, although everything indicates that it is a new attack by the so-called Islamic State against the Shiite minority.

The attack took place at the Fatimeh Imam Bargah mosque, the largest of the Shiite community in Kandahar, where several hundred people attended the weekly prayer at noon on Friday. Witnesses cited by the television network ToloNews assured that three men had shot at the faithful before detonating their explosives in three places in the compound. Other sources raised the number of suicides to four, two who blew themselves up at the access control to make way for the other two who acted inside and caused most of the victims.

Taliban special forces arrived at the scene to investigate the incident. “Our initial reports indicate that a suicide bomber blew himself up inside the mosque,” a local Taliban official who did not want to reveal his identity told the France Presse news agency (AFP). “According to the information collected in our hospitals, 41 people died and about 70 were injured,” Hafiz Abdulhai Abbas, head of health in Kandahar, told the same agency, although the number could increase due to the severity of the injured.

The emergency has put the capacity of the nearby Mirwais Hospital to the limit. “We are overwhelmed,” a doctor told AFP. “We urgently need blood. We have told all the local media in Kandahar to ask people to come and donate blood, ”he added.

Analysts have agreed to point to the local branch of the Islamic State (ISIS-K). Since the Taliban took over the Kabul government on August 15, this Sunni extremist group has resumed its operations both against the new power (also Sunni) and, above all, against the Shiite minority whose adherence to Islam they do not recognize. Last Friday, one of his suicide bombers killed fifty faithful of the same confession in Kunduz, a city in the north of the country.

The Fatimeh Mosque, located in a central Shiite-dominated neighborhood, was especially busy because it had announced a prayer in memory of those killed (fatiha) in that attack. About 10% of Afghans follow the Shiite branch of Islam. Most belong to the Hazara ethnic group. Many of its members continue to live in Kandahar province, the political center of the Taliban movement, despite persecution by these fundamentalists in the past.

The Islamic Emirate, as the Taliban refer to their regime, has condemned the attack, calling it a “barbaric crime.” His spokesman, Deputy Minister of Information and Culture Zabihullah Mujahid, tweeted that the security forces are ordered to search and detain those responsible.

Also after the Kunduz attack, they promised a quick response. However, despite his gestures towards the Shiites, such as the appointment of a position of that confession or allowing them to celebrate the Ashura processions last August, a trickle of complaints about abuse, expulsion from their lands and extrajudicial executions of members The community doubts that the new Taliban regime has really changed its attitude in this regard.

Last weekend, during a meeting with US representatives, its acting Foreign Minister, Amir Khan Muttaqi, rejected cooperation in the fight against ISIS. It gives the impression that the Taliban do not consider ISIS-K an existential threat. However, that group is becoming a growing challenge as demonstrated by the attack it carried out on the funeral of Mujahid’s own mother.

This Friday’s attack on his Kandahar fiefdom not only sends a message to the Shiites, but also questions the message that the Taliban have brought security to Afghanistan as their spokesmen boast.