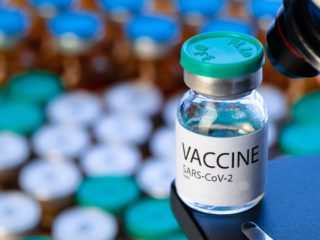 Against the background of declining vaccination demand, the first federal states are returning unused vaccine doses to the federal government. Hamburg and Berlin want to bring back tens of thousands of vaccination doses. Other federal states are still examining or do not intend to do so at the moment. In a letter that is available to the German Press Agency, the Federal Ministry of Health had given the federal states the option of “vaccine doses that are no longer used in the national vaccination campaign and whose storage allow them to be passed on to third countries as part of donations” return central warehouse of the federal government.

Tens of thousands of cans left

“Hamburg will make use of this possibility,” said the spokesman for the health authority, Martin Helfrich, of the German press agency. It is about a stock of around 6000 vials with around 60,000 doses of the vaccine from AstraZeneca. “This vaccine has a shelf life of at least three months.” There is also a stock of the Johnson & Johnson vaccine. “We currently have around 24,000 cans of this in stock.” However, the agent is used in mobile vaccination campaigns – for example in job centers.

Berlin wants to return up to 62,400 vaccine doses to the federal government, according to the health administration. Accordingly, it is the current stock of the AstraZeneca vaccine, which can be kept for several months.

Almost full utilization in some places

Lower Saxony also considers vaccine returns to the federal government to be likely. However, it is not yet foreseeable how many vaccine doses will be returned, said a spokesman for the health ministry of the dpa in Hanover. It is obvious that this is mainly about doses of the AstraZeneca vaccine.

According to spokesmen, the health ministries in North Rhine-Westphalia and Schleswig-Holstein are still examining the return of vaccination doses. A spokesman for the Ministry of Health in Baden-Württemberg announced that the state wanted to return around 4,000 cans of AstraZeneca, although the expiry date was given as the end of July.

In Rhineland-Palatinate, the return of vaccination doses is not yet an issue. A spokesman for the Ministry of Health in Mainz told the dpa: “At the moment we are expected to achieve almost full utilization of the vaccine delivered before the expiry date.” Should this no longer be guaranteed in the future – this would probably only affect batches from AstraZeneca in October – Rhineland-Palatinate could imagine accepting the offer of the federal government to return.