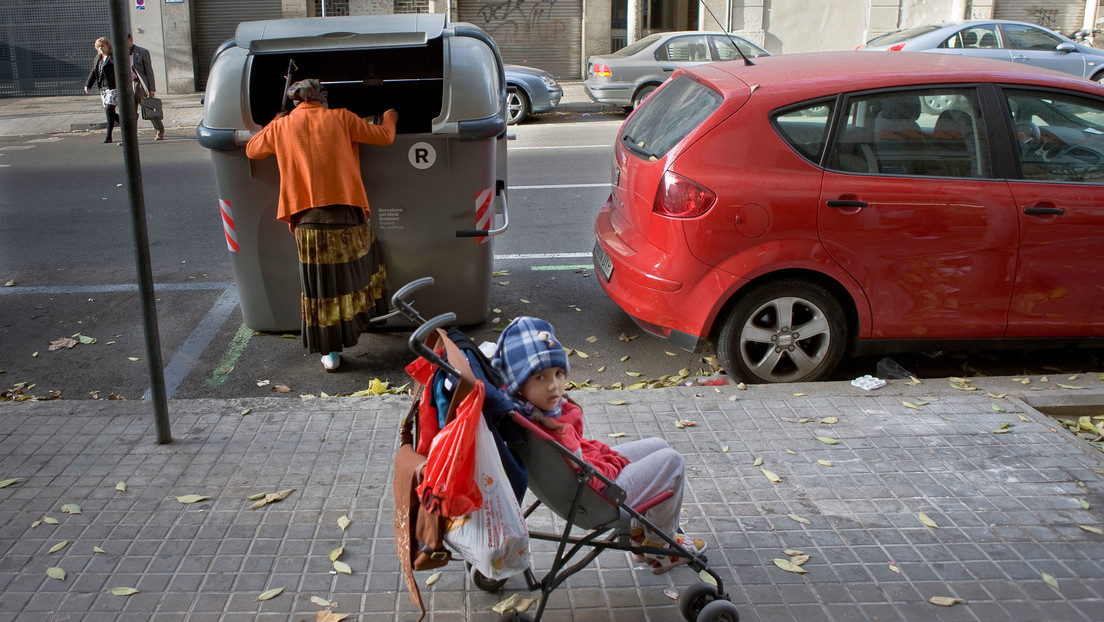 In Spain, inflation has shot up to 4% year-on-year in September. This is the highest rate since 2008. The crisis, caused among other things by the rise in electricity and fuel prices, is having a full impact on citizens. According to a recent report by the European Network to Combat Poverty and Social Exclusion (EAPN), around 4.5 million people live in severe poverty in the country.

Aitana Alguacil, co-author of the EAPN report, says that in Spain “with covid 19, severe material deprivation has increased in one year in the same proportion as it did during the six years of the previous economic crisis.”

Severe material deprivation, according to the interviewee, is “one of the indicators that best shows this evolution or effect of the pandemic”, and includes those people who cannot afford a meal of meat, chicken or fish every two days, they cannot keep your home at a suitable temperature and have no capacity to meet unforeseen expenses.

In this way, it is those who were already in a vulnerable situation who have significantly worsened their situation as a result of the pandemic. People who suffered from severe material deprivation “they have increased by a million compared to 2019”, explains Alguacil, which means that there are more than 3 million who suffer from this deprivation.

One of the six most unequal countries in the EU

In Spain, the income “of the richest 10% exceeds the income of the poorest 10% by multiplying it by 10”, affirms the co-author of the AEPN report, which places the country “among the six countries with the highest inequality” of the EU, in a context in which income data is still not taken into account after the effect of the pandemic, whose impact will not be known until next year.

Now the focus is on the Sustainable Development Goals, framed in the 2030 Agenda. Specifically, objective 1.2 establishes reducing poverty in 2030 by half compared to 2015. Spain should achieve a reduction of up to 5 million people, without However, in 2020 the number of people living in poverty reached 9.9 million. “We have little time to achieve a fairly ambitious challenge,” concludes Alguacil.