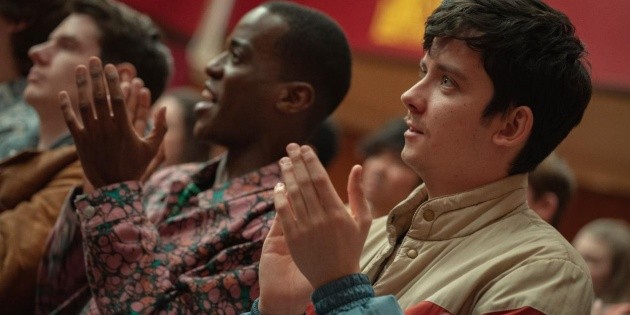 It is a fact! In just a few hours, Moordale reopens its doors to give rise to the third season of Sex Education. After a long wait, fans of this story will see their favorite characters again. The new edition, which consists of only eight episodes, will hit the platform in style with new challenges, characters and learnings for students.


This year, Sex Education It will delve into the consequences of a lost voice message and students’ sexual desire. Otis, meanwhile, begins to have casual sex while the school is revolutionized after the passage of Jean Milburn through the campus. And, with a new principal at the head of Moordale, Hope, students have to abide by the new rules.

Hope Haddon, played by Jemima Kirke, arrives with the goal of making Moordale a pillar of academic excellence. The actress, who plays a very important role in this new season, shines with her performance as a villain and grown woman with retrograde thoughts. However, the current mind of the students will not make the path entirely easy.

On the other hand, the rules imposed by this woman are a foot for students to begin to understand their feelings and also the series can touch on issues of today’s society. Splendidly, Sex Education speaks of non-binary gender not only explaining it but also showing the discrimination experienced by people who do not identify themselves as either a woman or a man.

But, beyond the incorporation of new characters that take an exclusive role, Asa Butterfield is the one who once again puts himself in Otis’s shoes to continue giving the essence to fiction. With a dilemma in his casual sex relationship and his love for Maeve, this character once again becomes one of the bravest and safest when it comes to fighting for his rights.

“Preach abstinence and homophobia”, Is one of the most outstanding phrases of the young Milburn. These words the character says when he faces teachers who want to impose absurd rules in Sex Education. As for Maeve (Emma Mackey), she also does not accept censorship and shows her strength despite being hurt by her great love and going through a difficult family moment.

However, this time, who really stand out in the eight chapters are Aimee (Aimee Lou Wood) and Adam (Connor Swindells). On the one hand, she is facing a new relationship at the same time that she is struggling to cope after the sexual abuse she suffered. Now all you have to do is learn to heal your relationship with your body and not blame yourself. Something that Sex Education exceptionally achieves is to touch such a fragile subject making it real for many women.

As for Adam, he is adjusting to his new relationship with Eric (Ncuti Gatwa) and his emotions are running high. Little by little he stops being the evil and aggressive one to show that he wants to improve and get ahead. Transforming into one of the great protagonists, the personal growth of this character is worthy of applause and celebration.

Although, beyond giving visibility to issues such as sexual abuse, adoption, abortion, abuse of power, censorship, among others, Sex Education it also shines in terms of its staging. Connecting each story to each other and managing to give the place to each character, this season has everything to turn the series into a brilliant initiative in terms of education and production.

So much so that, before its premiere, from Spoiler we analyze sex education with an eye on what will come in Sex Education. And, with an exclusive interview with sexologist Claudia González, we launched our first podcast about this Netflix hit.