“Sexy Beasts”, will season 2 have on Netflix? 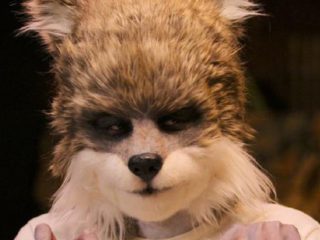 “Sexy Beasts” is a dating reality show from Netflix where participants don complex makeup and prosthetics to put the chemistry of blind dating to the test in hopes of ending superficial romances.

In each chapter, a single person has a date with three suitors. Those involved remain masked with prosthetic makeup. Over the course of the show, two will be eliminated and only then can they reveal their physical appearance.

This reality show, which was inspired by the British series that originally aired in 2014 on BBC Three, only premiered on July 21, 2021 on Netflix, but users of the streaming platform are already asking for a second installment.

The answer is yes, since the streaming giant renewed “Sexy Beasts”For the second season even before the premiere of the first batch of episodes. According to some sources, Netflix has signed a two-season contract with the production company Lion TV.

So far, it is known that the new installment will also have six chapters of 25 minutes each. In accordance with The Cinemaholic, the filming of the second season has already finished, that is, it could arrive at the end of 2021.

Simon Welton of Lion TV stated: “Do ‘Sexy Beasts‘ to Netflix it has been an incredibly exciting process. With an international cast featuring some truly brilliant characters, a slew of prosthetics that look extraordinary in 4K, and with Rob Delaney narrating, viewers will be in for a real treat. I hope the show puts a smile on people’s faces as they play along to find out who will fall in love with who and what our cast is really like. “

Each episode features a new group of cast members. While in the first installment Emma, ​​James, Kariselle, Ibrahim, Nina and Kelechi were looking for love, in the next, there will be a new series of singles, who will each leave with three people to choose their partner.

The second season of “Sexy Beasts”Does not yet have an official release date in Netflix, but the new chapters are expected to arrive in late 2021.