Sharbat Gula: Italy gives asylum to ‘Afghan girl’ who was a refugee icon 30 years ago | International 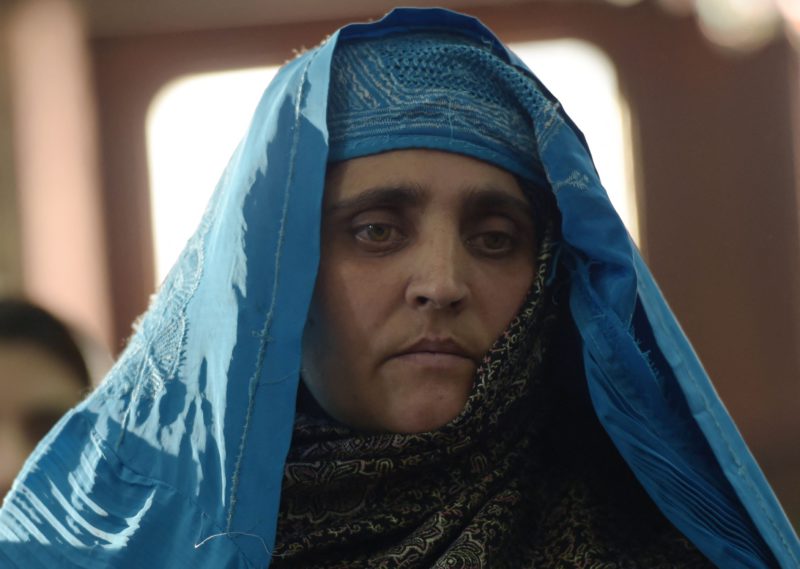 The Afghan Sharbat Gula, emblem of the refugees after being immortalized more than 30 years ago by Steve McCurry on the cover of the magazine National Geographic When he was 12 years old, he arrived in Rome on Thursday as part of an asylum and evacuation program after the return of the Taliban.

“The Afghan citizen Sharbat Gula has just arrived in Rome,” the head of government announced in a statement, after recalling that she was photographed at the end of 1984 in a refugee camp in Pakistan, becoming a global symbol of suffering and political instability. and social of that region.

Sharbat Gula, who is now 49 years old, asked to leave his country after the Taliban seized power in August and the Italian Government “facilitated and organized” his transfer to Italy, as part of the program for the evacuation of Afghan citizens and the plan for its reception and integration, the statement explains. The photo from three decades ago “came to symbolize the vicissitudes and conflicts of that historical stage that Afghanistan and its people were going through,” according to the press office of Prime Minister Mario Draghi.

Sharbat Gula arrived in Pakistan as an orphan four or five years after the Soviet invasion of Afghanistan in 1979 along with the thousands of Afghans fleeing combat zones on the border.

Her image went around the world again when photographer Steve McCurry looked for it again in 2002 and saw the difficult life she continued to have, so he proposed her again as the protagonist of the cover of National Geographic.

Gula, illiterate and mother of four children, was unaware that millions of people had seen her photo, nor that her image had unleashed an international mobilization in favor of refugees. In 2016 she had been sent to Afghanistan, a country to which she did not want to return, considering it unsafe.