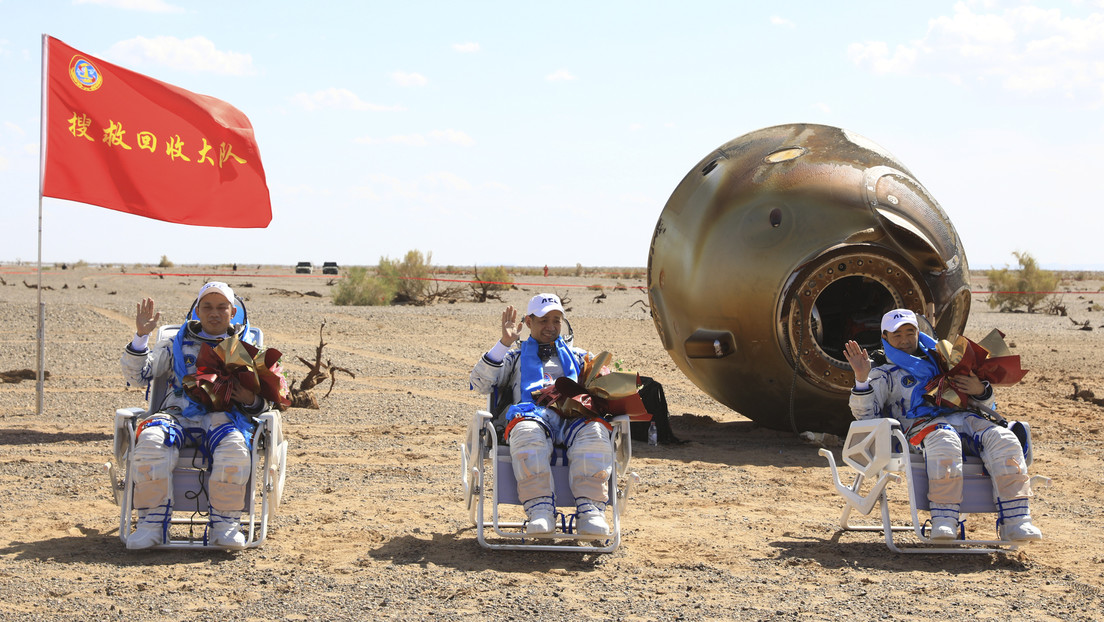 Three Chinese taikonauts from the Shenzhou-12 spacecraft returned to Earth on Friday after completing a 90-day mission, the longest ever carried out in space by China, at the Tiangong space station that the Asian country is preparing to have operational for next year, reported local media.

The Shenzhou-12 manned spacecraft was launched from the Jiuquan Satellite Launch Center on June 17 to carry out installation work for the first Chinese space station, the process of which requires eleven launches (this was the third), four of which They will be manned and sent into orbit between 2021 and 2022.

The second manned mission is scheduled for October, and the next group of astronauts is expected to stay in the central Tianhe module for six months. Before the Shenzhou-13 mission, China will send an automated cargo spacecraft, Tianzhou-3, to the station, which will carry the necessary supplies for the next crew.