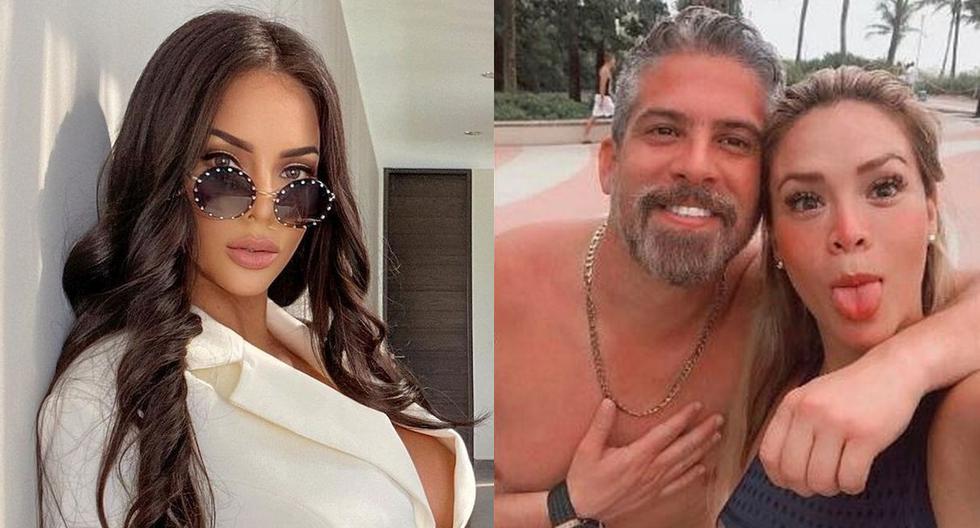 Just as they had announced, Sheyla Rojas on Tuesday offered an interview with “Amor y Fuego”, a program hosted by Rodrigo González ‘Peluchín’ and Gigi Miter and which is broadcast on Willax TV.

The presenters of the space They started the conversation by asking the model about her relationship with Pedro Moral, her ex-boyfriend, who after the break up accused her of being an “interested party.”

“As I told him, I believe that if I had been sincere from the beginning and had not ‘painted little birds in the air’ if I would have married you “, explained.

The model stated that her decision to abruptly end the courtship was due to the fact that “In the coexistence I realized that his personality did not go with mine.”

“He had a very strong character and that added to the economic issues (they caused the end of the relationship)”he said and He defended himself against the accusations of his ex-boyfriend by telling some unknown details of what he lived with him.

“I lent him money and he did not pay me (…) I have no proof because I did not do it through a bank but I gave it directly to him”, revealed and indicated that when Pedro sat on the red chair “Yes, it affected me a lot that she told me she was interested.”

On the exorbitant expenses of her wedding, Sheyla explained: “When he asks for my hand, he sends me to his sister to take me to the providers and she was the one who took me … I feel it was not my fault ”.

Finally, she stated that she was “Very excited (of Pedro Moral) but not in love and that is why I did not get married (…) It was his dream of getting married, I didn’t want to, my dream was to start a family, but not to wear white ”.