Shipwreck: At least 20 migrants die in the English Channel | International 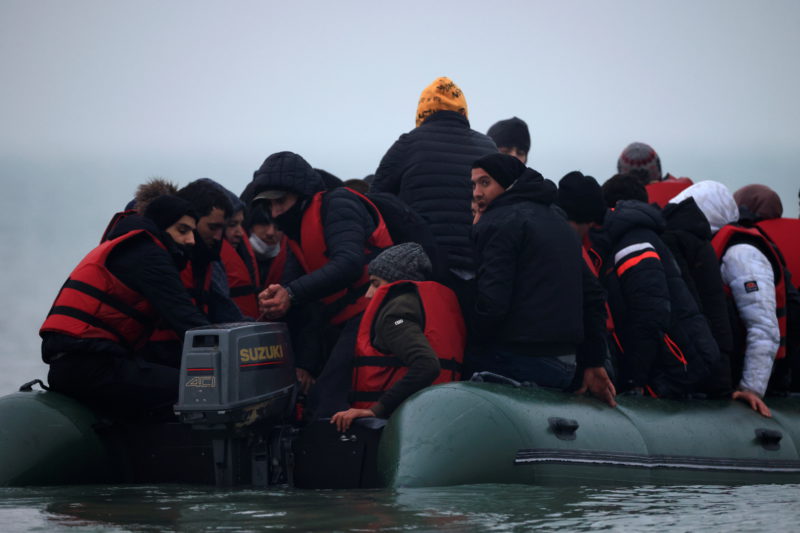 At least 20 migrants who were trying to reach the British coast from the French through the English Channel have died this Wednesday, as announced by French authorities. It is feared that the number may continue to rise as the rescue operation continues. The tragedy, the worst of its kind in recent years in this area, is one more example of the strong rise in this type of irregular migration in a year in which all the maximums in terms of sea crossings in precarious vessels are being exceeded. This has caused strong tensions between Paris and London, which are mutually responsible for the situation.

“Strong emotion at the drama of many deaths after capsizing a boat of migrants in [el canal de] La Mancha ”, has tweeted the Minister of the Interior, Gérald Darmanin, who announced that he was traveling to Calais to find out in person about the situation. “The criminal nature of the traffickers who organize these journeys will never be said enough,” he added. Prime Minister Jean Castex lamented the “many missing and injured” in the maritime “tragedy”. They are “victims of criminal traffickers who exploit their despair and misery,” he stressed and assured that he follows the situation “in real time” from Paris, where he remains isolated after having tested positive for covid-19 this week.

Three boats and two helicopters were working on the rescue operation, after a fishing boat notified the authorities that “many castaways” had been spotted floating in the waters of the Pas-de-Calais Strait, explained the Maritime Prefecture of La Manche and the North Sea in a statement. Several people have been rescued, although the vital prognosis of several of them was reserved, he added.

Despite the fact that according to Interior sources this year there have been more than 40,000 attempts at sea crossings, compared to 12,000 in 2020, shipwreck deaths in the English Channel are very rare – unlike in the Mediterranean – due to the close surveillance of both French and British patrols, both the authorities and the NGOs working on the ground agree. The French forces of order have managed to prevent the departure of 57% of the small boats, the precarious boats that migrants use to try to reach the British coast, always according to Interior.

Between 2018 and 2020, only 11 deaths were recorded in this area, the closest point between the European and British coasts, which is why attempts to reach the United Kingdom by sea are multiplying, especially since the strong security it has made irregular transit through the Eurotunnel and on the ferries more difficult. The fact that more and more precarious boats are being used – recently the chain of sports stores Decathlon banned the sale of kayaks in this region to prevent these canoes from being used to reach the United Kingdom – has set off the alarms of all those responsible in the last few months, they feared a similar tragedy at any moment. On the night of last Friday to Saturday, 243 migrants were rescued by French patrols.

At the beginning of November, almost 1,200 people managed to cross the channel, according to the British authorities. The record for irregular crossings has not stopped growing, especially since the summer.

Following a harsh new exchange of accusations between Paris and London, accusing France of not doing enough to prevent migrants from leaving its shores, the French government last week ordered the dismantling at Grande-Synthe, between Calais and Dunkirk, of the largest irregular migrant camp in recent years, which meant the displacement of more than a thousand people. In addition, the authorities announced the arrest of 35 suspected of trafficking in persons or involved in criminal acts. In total, so far in 2021, France says it has dismantled 30 trafficking networks, up from 23 in 2020.