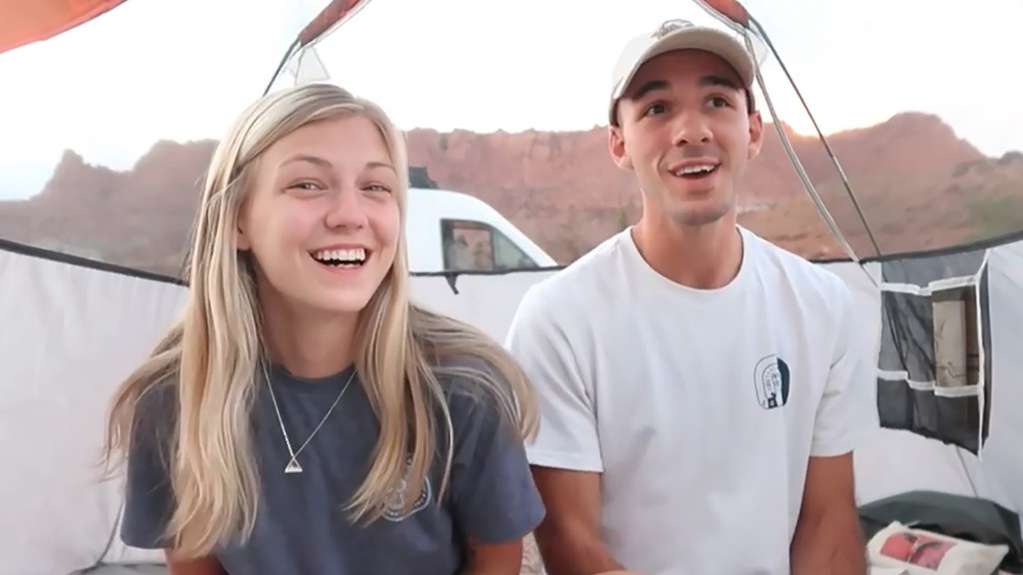 The United States authorities launched this week in an intense search for a 22-year-old who mysteriously disappeared while driving a truck across the country with her boyfriend, in a case that shocks the country.

Gabrielle Gabby Petito She quit her job, packed her bags, and got into a van to travel across the country with her boyfriend Brian Laundrie, 23 years old. The journey, which began in July, was documented in a series of publications in Instagram and YouTube that seemed idyllic and in which both appeared smiling.

But More than two weeks ago Laundrie returned home alone to North Port, Florida, in Petito’s van, and the girl’s family filed a disappearance complaint.

Laundrie refused to cooperate with the police. “We share the frustration with the world right now,” North Port Police Chief Todd Garrison told reporters on Thursday.

In August, Utah police responded to a complaint of gender violence involving Petito and Laundrie: Police camera footage released by the media showed a distraught Petito saying that she had had an altercation with Laundrie.

Speaking with a police officer after his truck stopped, Petito was seen crying and saying he has mental health problems. Petito said he slapped Laundrie after an argumentBut he added that he didn’t want to hurt her.

“We discussed some personal issues this morning,” he said. “Before he wouldn’t let me get into the van … he told me I had to calm down.”

Laundrie told police that Petito tried to take her vehicle keys and that he pushed her before she hit him with his phone.

The policeman decided that no charges would be brought, but ordered the couple to spend a separate night to calm down..

The last time Petito contacted his parents was at the end of August, when the couple was in the area of ​​the Grand Teton National Park, Wyoming, according to the family.

Petito’s mother and stepfather “implore Brian to come forward and at least say if we are looking in the right area.”

While, North Port Police declared Laundrie a “person of interest” Wednesday. The vehicle, meanwhile, has already been searched for evidence by FBI agents. The authorities of Suffolk County, in the state of New York, where the young woman was from, are also part of the investigations.

With information from agencies.