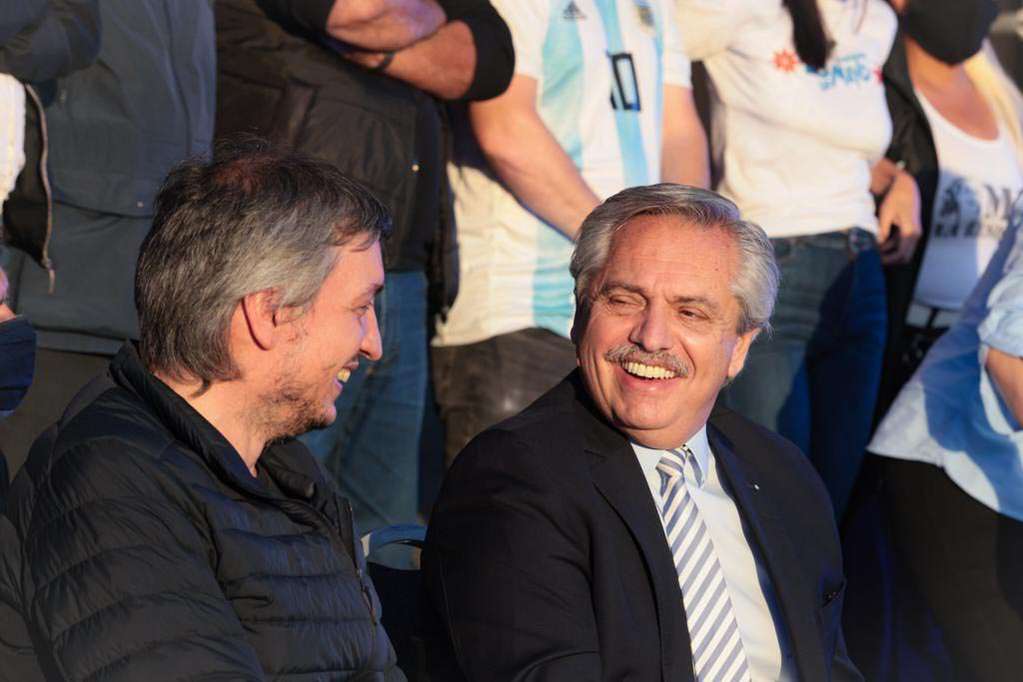 Sign of unity and message to the IMF: Alberto Fernández leads an act of tribute to Néstor Kirchner promoted by La Cámpora

Less than three weeks before the elections and on the eve of his trip to the G-20 Heads of State Summit, Alberto Fernandez head this wednesday a act for honor Nestor Kirchner. The ruling party seeks to give another show of unity in the middle of the electoral campaign.

“First you grow, then you pay” is the motto of the call promoted by political groups such as The Campora, Nuevo Encuentro, Kolina, among other sectors of hard Kirchnerism, and the Evita Movement. In full negotiation with the International Monetary Fund and the pulls within the governing coalition regarding how to approach an agreement, the slogan carries a strong message.

Leaders, officials and thousands of militants of Peronism meet in the stadium of Morón Sports Club of that Buenosairean municipality. The call was launched on the social networks of the Frente de Todos along with a photo of Néstor Kirchner, who died on October 27, 2010.

The President will be the only speaker at the event. Until the last minute, the presence of Vice President Cristina Kirchner had not been confirmed. On the other hand, they will be the head of the ruling bloc in Deputies and the son of the deceased ex-president, Maximum Kirchner, and the reference of the Evita Movement, Fernando “Chino Navarro”, among other leaders.

Earlier, Alberto Fernández, who was Chief of Staff during Kirchner’s presidency from 2003-2007, recalled the former president with a recorded message. “Each day that passes his absence is more noticeable, he always wanted to change reality without doing crazy things, “he said.

In full campaign, the act of the Frente de Todos seeks to be a sign of unity, after the internal unleashed after the defeat in the PASO of September, which had as its most recent expression the multiplicity of acts of celebration of the Peronist Loyalty Day. Christianity celebrated on its own on Sunday the 17th, in a mobilization loaded with messages to Alberto Fernández, while the social movements and the CGT, closer to the President, concentrated the following day.

“First you grow, then you pay”: the message to the IMF before the meeting between Alberto Fernández and Kristalina Georgieva

Alberto Fernandez will travel to Italy this weekend to participate in the G-20 Heads of State Summit, a forum that brings together the main economies of the world and that will have as the central axis of discussion the “post-pandemic global recovery”. The mandatary will claim again a multilateral framework for the restructuring of the debt of middle-income countries with vulnerabilities.

In Rome, the President The Managing Director of the International Monetary Fund (IMF) Kristalina Georgieva will meet to discuss the reformulation of the payment of the debt of US $ 44,000 million that Argentina maintains with that organization.

Argentina has maturities of $ 17.8 billion of principal by 2022 and 18,800 million for 2023, according to the numbers released by the Minister of Economy, Martín Guzmán, who will accompany Alberto Fernández on his trip to Europe.