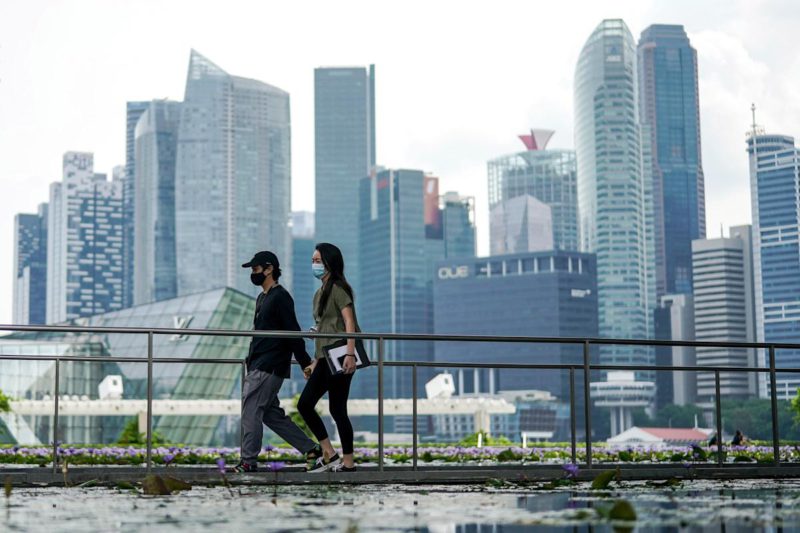 Bangkok, Nov 24 (EFE) .- Singapore’s gross domestic product (GDP) increased 7.1% in the third quarter of the year, more than expected, although it represents a slowdown compared to the growth of more than 15% registered in the previous three months, the Government reported on Tuesday.

GDP grew by 7.1% between July and September compared to the same period in 2020, the Singaporean Ministry of Commerce and Industry reported in a statement, an increase greater than the 6.5% estimated by the Government.

“National and travel restrictions have continued to affect the recovery of aviation and tourism-related sectors (…) However, growth in outward-oriented sectors, such as electronics, finance and insurance, has been stronger than expected, “says the Ministry.

Singapore also updated the growth forecast for this year to 7% compared to the previously estimated rise of between 6 and 7%, according to the performance of the economy in the first three quarters and positive expectations regarding the economy. domestic and global, pick up the document.

The city-state, after having kept its borders closed for 20 months, began to relax restrictions on international flights last month, while achieving a vaccination rate of more than 90%.

The Asian island nation, which in 2020 registered a cumulative fall of 5.8% in GDP by adding four consecutive negative quarters, emerged from the recession in the first quarter of the year by registering a growth of 1.5%, according to the revised data.