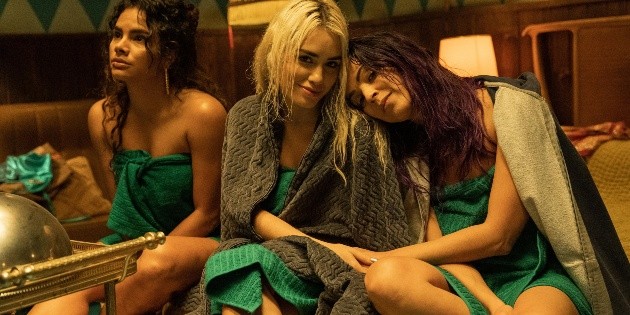 Great news for fans of Sky Red! The Spanish series created by Álex Pina, same mind behind The Money Heist, has been renewed by the Netflix streaming service for a third season. The production returned with its second installment on the platform on July 23, but its continuation was announced within weeks. When will it arrive?

“Coral, Wendy and Gina will return more united than ever. The roles will change and, now, the hunters will become prey: the girls seek revenge at all costs. Romeo, Moisés and Christian continue trying to catch them, but unlike them, they begin to have differences and their loyalty begins to suffer “, was the official synopsis of the last episodes.

Fans enjoyed the second batch of chapters released a few weeks ago leaving funny memes on Twitter. Likewise, they highlighted the clothing, the staging of the show, the previously acclaimed locations and the music as the protagonist of the story. While the reviews have been mixed, this Thursday came an important news.

Through their social networks, Netflix and Vancouver Media confirmed that the series was renewed under the legend: “The final chase is yet to come”. According to FormulaTV, part 3 of the show will bring ghosts that seemed extinct and the next eight episodes will be set six months after the events of the second installment. Check out the ad!

+ When does the third season of Sky Rojo premiere?

As reported, Season 3 of Sky Rojo is coming to Netflix sometime in 2022. At the moment a specific day has not been confirmed, but we do know that they will return Lali Esposito (Wendy), Veronica Sanchez (Coral), Yany Prado (Carmen “Gina”), Asier Exteandía (Romeo) and Miguel Angel Silvestre (Moisés).