Slytherin is one of the four houses of Hogwarts School of Witchcraft and Wizardry in the Harry Potter series. Each house has its own set of traits and characteristics associated with it. Slytherin, too, has many good and bad traits.

In this article, we try to find details about the Slytherin house and its good and bad traits. Know everything below.

When Was Slytherin Founded?

Salazar Slytherin is the founder of Slytherin house. The co-founders of all four houses maintained peace for many years after the establishment of Hogwarts. The pressure to admit only pure-blood wizards to Slytherin affected the rest three founders, which created a massive controversy and civil war between these houses.

Slytherin later decided to leave the school and never returned. Throughout his time in school, he strictly instructed that the house should compose of pure-blood students only.

What is the Common Room of Slytherin House?

The common room of the house was in the dungeons of Hogwarts Castle and under the Black Lake. It was the reason why the light in the common room was green. Harry Potter and Ron Weasley entered the common room in the second year to check if Draco Malfoy was the one opening the Chamber of Secrets.

To enter their common room, one must speak aloud the current password in front of the stretch of a damp stone wall. The door would slide aside, and the rectangular hole in the wall will lead to the Slytherin common room.

Who is the Head of Slytherin House?

Each house has a head professor whose responsibility is to look after and punish the students of their houses. The professors are chosen by Albus Dumbledore.

Slytherin house has pure-blood students, and it was headed by Severus Snape, until the end of the sixth book. Other characters who had been the head of the house include Salazar Slytherin and Horace Slughorn.

Who are Some Known Slytherins?

There are 179 Slytherin characters in the Harry Potter series, many of which are students at Hogwarts. Many of them are well-known wizards and witches. Not all the Slytherins are evil; some are admirable and highly skilled students.

What are the Good Traits of Slytherin?

Slytherins are goal-oriented. They have an urge for achievement, which is an exceptionally positive quality.

Each Slytherin is able to set goals and take all the necessary steps to meet them. They are ambitious about achieving all the things they want in life and want to be successful. Their goals are not about goals and money alone. Some of them are also centered around bettering their relationships and health.

One of the most defining traits of this house is that each Slytherin is ambitious. They are intelligent and are a rather achieving bunch.

They want to do well and desire to be perceived as successful. They also want to gain respect in life, which drives them forward to be the best in everything they can. However, sometimes their thirst for ambition may go too far.

When it comes to self-confidence, nothing beats Slytherins. They have a reputation for being self-centered. However, at the same time, they are self-confident in a good way. They care about their own well-being and like themselves a lot.

Self-care is essential to everyone, and learning to love oneself and have confidence are the traits one can learn from Slytherins. Another quality of Slytherins is that they are not insecure like others.

It may look bad to some, as cunningness is often associated with negativity. However, cunningness can also be incredibly useful under the right circumstances.

Slytherins are cunning, and they have a deviousness that speaks to intelligence. In some cases, their ability to deceive can be an essential part of their achieving success.

They are Natural Leaders

One of the excellent traits of Slytherins is that they are natural leaders. Leadership is often mentioned by the Sorting Hat and it comes across to any fan that pays attention to the series.

While all Slytherins do not make great leaders, many of them do. When their other qualities, such as ambitiousness and cunningness, are coupled with their leadership skill, it helps them to achieve the top of their chosen field.

Slytherins can use their shrewdness in a highly positive way. They are the ones who stay calm under pressure and see advantages in situations that many people miss otherwise.

This powerful talent possessed by many of Salazar’s students is worthy of the hype. It also allows them to evaluate situations with the insight to make quick decisions. These people are sharp and aware of everything going on around them.

Like Gryffindors and Hufflepuffs, Slytherins are also considered loyal. While Gryffindors are true and steadfast, there is another instance of how they and Slytherin can act as the two sides of the same coin.

Slytherins are devoted and dedicated people. They are also dutiful towards particular people or more ardent in certain beliefs that do not adhere to traditional norms and standards. Another house, Gryffindors are idealists, and their students cleave to the same ideals, but Slytherins choose their own paths.

Slytherins are so confident and self-reliant that these qualities could turn out to be intimidating to most. They have faith in themselves above all the other students in most instances.

They do not wait for someone else’s help or permission. According to them, “If you want something done right, then do it yourself.”

They are not afraid to be a one-man army against the odds. Sometimes, they even seek out situations where they can achieve something purely by themselves. Their quality of self-reliance is worth applauding.

A majority of Slytherins are pragmatic, and they can keep their emotions out of any situation. Even if they feel emotional, they have the quality of concealing them. They conceal their emotions more skillfully than any other would be capable of doing. It is indeed a strength of theirs.

Slytherins can hold a grudge like no other. However, they are ultimately pragmatic and will engage with people they do not like to achieve the big goals they have set. Quite a few Slytherins demonstrated throughout the course of the series show no love lost for Harry but were willing to team up with him or to help him, only if it was beneficial for them.

What are the Bad Traits of Slytherin?

Each house has its own ways in which it may be termed judgmental, and the same goes with Slytherin. They are judgmental, more than any other house. They tend to judge based on different things.

Because of their judgmental trait, they are sometimes proud too. Due to this, they often look down on other people. They think that no other house can measure up to their standards. It is a severe trait, not admired by the people.

Talk about the bad traits of Slytherins, and the mention of their haughty behavior is a must. This house is long associated with being immensely prideful and having a lot of self-assurance. Sometimes, their self-assurance trait becomes highly toxic. It also leads them to be very stuck-up on several things.

Many members of Slytherin house treat other houses with disdain. According to Slytherins, they ate inherently superior, and no other house competes with them. They consider themselves to be better than everyone else in Hogwarts. This trait also leads them towards unkindness to others in general as they tend to stick to themselves. Sometimes, their haughty behavior leads them to more serious and dangerous consequences.

Although not every student in this house is a pure-blood, one of their core values is to focus on keeping wizard bloodlines together and excluding regular Muggles from the Wizarding world.

It is not a well-admired quality. It is not a good reflection upon Slytherin students under any circumstances. Their prejudice can have disastrous consequences in the long run. After all, it should not come as a surprise that many of Voldemort’s followers were Slytherins. They always considered themselves superior to others. Their thoughts about wizard superiority are already baked into the foundation of their Hogwarts house.

The arrogance in Slytherins is one of their worst traits. Both Gryffindors and Slytherins are known for having a good deal of arrogance. The only difference is the way their attitude is presented and perceived by others.

For instance, while Gryffindors are more likely to be seen as outwardly cocky, Slytherins have an introverted smugness about their personality. According to them, they are the best house in the whole of Hogwarts. Perhaps, their superiority complex is why both Gryffindors and Slytherins cannot stand each other for long.

Slytherins are highly selfish, and it is another worst thing about them. It is also the area where they differ from Gryffindors.

While other houses of Hogwarts, like Hufflepuff and Gryffindor, are known for caring about others and being oriented towards others in the school, Slytherins beg to differ. They are a more self-preserving house. They are outrageously independent and out for themselves. They do not prefer being the hero or even putting their own lives on the line. They are the most selfish house.

The mascot of House Slytherin is a snake. Thus, it is no wonder that the students of this house are associated with sneakiness. Many of the students who were sorted here tend to be good at getting out of trouble and not getting caught. They are good at evading and sneaking around.

It is not a good quality about them. Their sneaky characteristic means Slytherins throw other people under the bus. Because of their sneaky nature, Slytherins are also big liars. No doubt other houses do not admire their sneakiness and lying nature.

Slytherins exhibit cruelty, hence another of their worst traits to talk about. Not all students of this group are cruel, but some are nasty and uncaring.

Although it is a little unfair how some Slytherins are viewed. However, the bad eggs in the group are so bad that it gives the rest a likewise reputation. One of the cruelest ones in the house, Malfoy and his friends, were quite brutal. They did not really care much about what happened to the people around them. Slytherins can hurt and attempt to kill other Hogwarts students and teachers out of their cruelty.

Another trait that makes Slytherin house famous is that the students are full of manipulation. Slytherins are manipulative, and this trait also makes them evil creatures. They combine their manipulation, resourcefulness, and cunning nature to get whatever they want. Manipulation serves as a key tactic when it comes to defying others and acting in their own best interests.

Slytherins can easily manipulate anyone. Their trait of manipulation also makes them dangerous and untrustworthy. You cannot trust a Slytherin very easily.

Slytherins is a Self-Absorbed House

Their attributes like over-confidence and self-reliance automatically make them self-absorbed compared to other groups. However, it is not necessarily bad unless a Slytherin abuses this trait.

Many powerful wizards are a product of Slytherin House, which might explain why many wizards are incredibly self-absorbed. Slytherins always think so highly of themselves. They believe their house to be superior to the rest. It is not a positive trait.

Slytherins are emotionally volatile; they are also pessimistic. They have a low level of agreeableness. A majority of students of this house are more distrustful than most. They are more likely to attribute negative motivations to people. 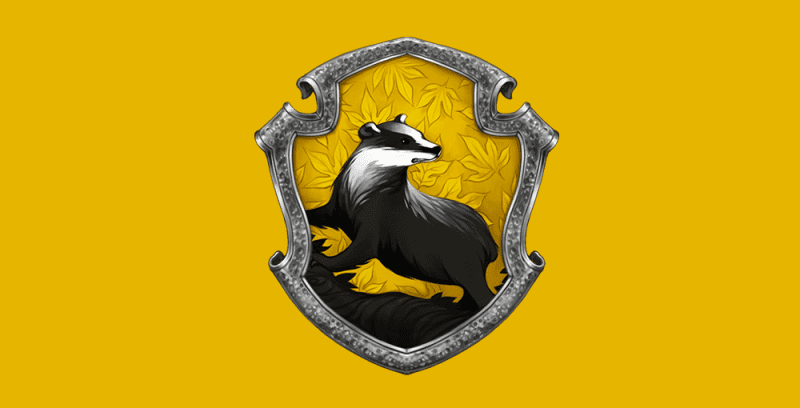