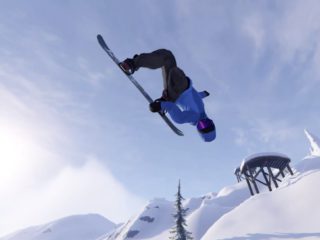 Shredders, a new snowboard game, is coming to Xbox in December 2021 exclusively for Series X/S.

Announced during the Xbox and Bethesda conference, Shredders was announced with a short trailer showing several snowboarders gliding down the mountainside.

Developed by I-Illusions and Let It Roll, Shredders will be a free-form snowboarding game where players can define their own snowboarding style and play online with friends.

Shredders will be available on Game Pass soon after its December 2021 launch.