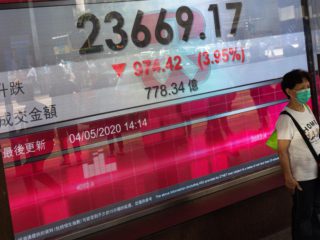 Blackstone cited in a joint statement with Soho China on Friday a “lack of progress” in working towards meeting the purchase conditions by December 31 and the two sides decided not to postpone the deadline.

Therefore, Blackstone decided “not to make the offer”.

In early August, China’s State Administration for Market Regulation (SAMR) announced that it would investigate the transaction, the approval of which by SAMR was one of the requirements agreed in June between Blackstone and Soho China.

Friday’s statement did not specify whether the cancellation of the operation was related to the SAMR investigation.

According to the offer presented in June, Blackstone, through a subsidiary called Two Cities Master Holdings II Limited, would buy more than 4.731 million securities at a price of 5 Hong Kong dollars (0.64 dollars, 0.54 euros) per Unit.

Blackstone already owns about 6 million square meters of properties in the Asian country.

The operation, in which Goldman Sachs was to act as financial advisor, would have reported to Blackstone another 1.3 million square meters of commercial real estate controlled by Soho China, founded in 1995.