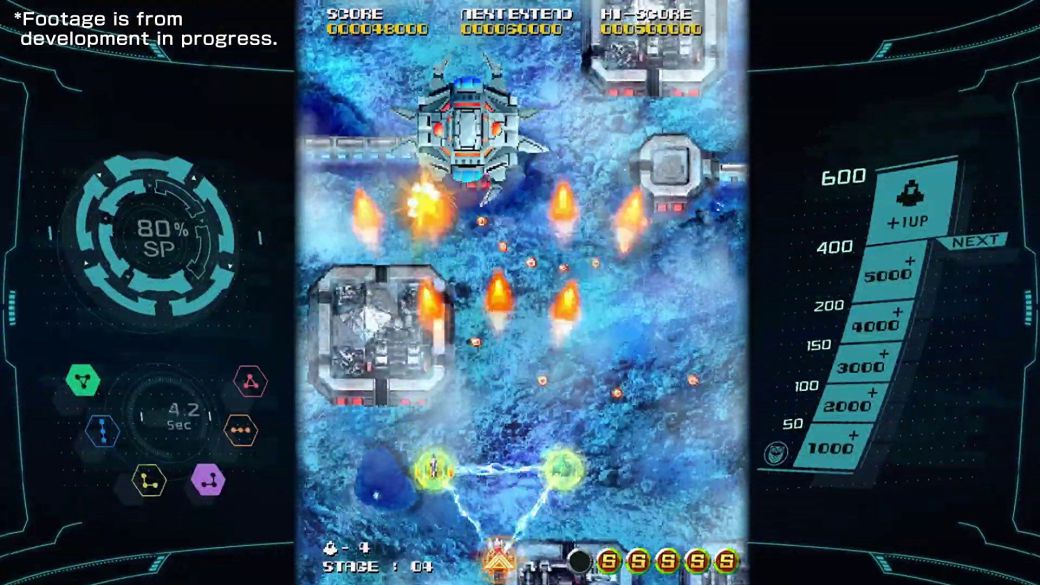 Sol Cresta, the newest from PlatimumGames, already has a release date

It started as a joke on April Fools’ Day, but Sol Cresta has ended up being materialized in a project so real that it already has a release date. PlatinumGames has announced that this ship arcade will be available on Nintendo Switch, PS4 and Steam starting next December 9, only in digital format. It will be edited by the studio itself and will be priced at 39,99 euros.

In addition to the main game, Platinum has revealed the Dramatic DLC, a paid content that will be released the same day of launch (still without price) and that will add a mode story written by Hideki Kamiya himself, the creative director of Sol Cresta and one of Capcom’s veteran former developers.

A new hallmark of arcade classics

Sol Cresta feeds on the shoot ’em up style of the past. In fact, it is a sequel to Moon Cresta and Terra Cresta, classic games that were released in 1980 and 1985, respectively. With this production, PlatinumGames launches its new label dedicated to arcade classics, which they have called Neo-Classic Arcade. They anticipate that there will be more titles, in which the fun and spirit of the games of yesteryear will be the most important. Of course, they will come seasoned with modern technology.

PlatinumGames has started down a new path. His goal is to get to edit his own video games, as well as manage their intellectual properties. Hideki Kamiya will be the director of a new triple A project, which will serve as the closing of the trilogy of heroes. After Viewtiful Joe and The Wonderful 101 it’s the turn of Project G.G., of which only a teaser trailer has been seen.

The studio is also working on some video games for other companies. With Square Enix he will edit Babylon’s Fall, another of his action titles. Meanwhile, nothing is known about Bayonetta 3, a video game that has been missing since its announcement years ago.