“Something is fundamentally wrong”: Greta Thunberg criticizes Amazon for destroying thousands of items in a week 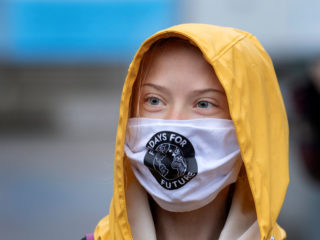 Swedish activist Greta Thunberg has criticized Amazon’s operating procedures after it emerged that a warehouse in Scotland (UK) was destroying thousands of undamaged items a week and millions of unsold items each year.

In a tweet published on Wednesday, Thunberg recalled that “a leaked document showed more than 124,000 items marked ‘destroy’ in just one week.”

“And this is just a warehouse. If they have a system where this is possible, and even profitable, is a clear sign that something is fundamentally wrong“lamented the young activist.

”A leaked document showed more than 124,000 items marked as ‘destroy’ in just a week.”This is just ONE warehouse. If you have a system where this possible – and even profitable – that’s a clear sign that something is fundamentally wrong. https://t.co/bAMsxuZ2Nr

His post made reference to an investigation into the matter by ITV News. The British media recorded videos inside the company’s Dunfermline warehouse, showing laptops, televisions, jewelry, headphones, books and masks being loaded into boxes marked with the word “destroy.”

An anonymous former Amazon employee revealed that warehouse workers were assigned a weekly goal of shredding 130,000 items. In that same week, only 28,000 products were marked with the word “donate.”

“There is no logic or reason for what is destroyed: Dyson dryers, Hoovers vacuums, some MacBooks and iPads. The other day, 20,000 anticovid face masks still in their packaging, “said the former employee, adding that half of the items marked for destruction were still wrapped, while the other half were items returned in good condition.

For its part, a spokesman for the e-commerce giant told the outlet that Amazon is working to not throw items away and that nothing is being sent to a landfill in the UK. The spokesperson added that products are sometimes shipped to facilities that they burn garbage for fuel for electrical production, a practice that is more environmentally friendly than simply stacking it in landfills or landfills.