Sonic the Hedgehog is coming to Minecraft 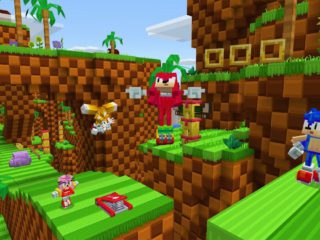 A new Sonic the Hedgehog game will be playable in Minecraft as part of the franchise’s 30th anniversary celebrations. The Minecraft Sonic expansion will allow players to unlock chapters in the Sonic universe as they navigate through obstacles and Bosses to collect rings.

Sonic’s official Twitter account revealed the partnership between Minecraft and Sega earlier today. In the trailer shared from the official social media account, how Sonic was integrated into the Minecraft universe was shared with the players.

Contents of the expansion pack

The expansion pack brings with it iconic characters like Knuckles and Tails as well as famous episodes like Green Hills Zone and Chemical Plant Zone. Players will need to “collect rings, dodge obstacles and defeat Bosses” to achieve high scores in the expansion.

As part of the celebration, Minecraft announced that it plans to hold a special server event featuring minigames and “a few surprises”.