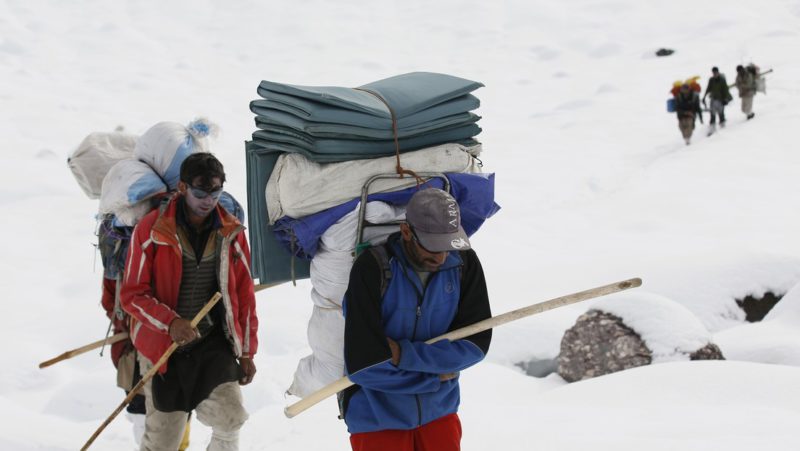 Famous South Korean climber Kim Hong-bin, who rose to fame three decades ago by surviving after losing his fingers to frostbite, has now been reported missing during his descent from the Karakoram Mountains in northern Pakistan.

Kim, 57, had just finished climbing Broad Peak Mountain, which is 8,051 meters above sea level, when he soon fell into a crevasse. That climb made him the first disabled person to reach the top of each of the 14 highest mountains on the planet, all located in the Himalayas and at more than 8,000 meters.

Although the initial search has failed to locate him, a major rescue operation is expected to be launched shortly. According to the Korea Herald, the mountaineer, who had all of his fingers amputated in 1991 after suffering a severe frostbite while climbing in Alaska, reached the top of Broad Peak over the weekend as part of a small expedition.

The secretary of the Pakistan Mountaineering Club, Karrar Haidri, explained that Kim had slipped and then fell while descending the side of the mountain, in bad weather conditions. “Since then there is no information available about him,” Haidri told AP, adding that the now-planned search efforts involve help from the South Korean embassy in the Pakistani capital, Islamabad.

In other statements, Haidri told Reuters that helicopters will be used for the search as soon as “the weather permits.”

Other mountaineers who were in the same climbing group as Kim failed to find him, hampered by the same adverse weather conditions that led to his alleged fall. All safe, they resumed their descent this Tuesday.

Representing South Korea as a member of its alpine ski team at the 2002 Salt Lake City Paralympic Games, Kim pioneered an organization to promote outdoor activities for children with disabilities.