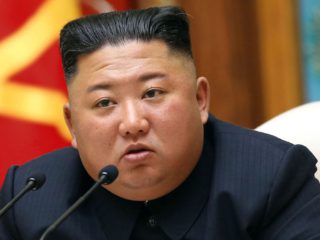 The National Intelligence Service (NIS) of South Korea has warned this Tuesday that the North Korean authorities have tried to carry out a cyber attack against the American pharmaceutical company Pfizer to obtain data on the development of a vaccine against COVID-19 and a possible treatment.

As reported by the Yonhap news agency, Pyongyang would have tried to ‘hack’ the company’s servers to obtain technological information, as several deputies have pointed out.

The country’s leader, Kim Jong Un, has insisted, however, that North Korea, which has been heavily isolated since it closed its borders in January to prevent an expansion of the virus, has not registered cases of COVID-19 in his territory.

However, the closure of the borders has increased the pressure on its already ailing economy, which has to face numerous sanctions at the international level.

South Korean deputy Ha Tae Keung explained that Pyongyang would have tried to “obtain technology related to the treatment and vaccine against COVID-19 by using cyber warfare tools to hack Pfizer.”