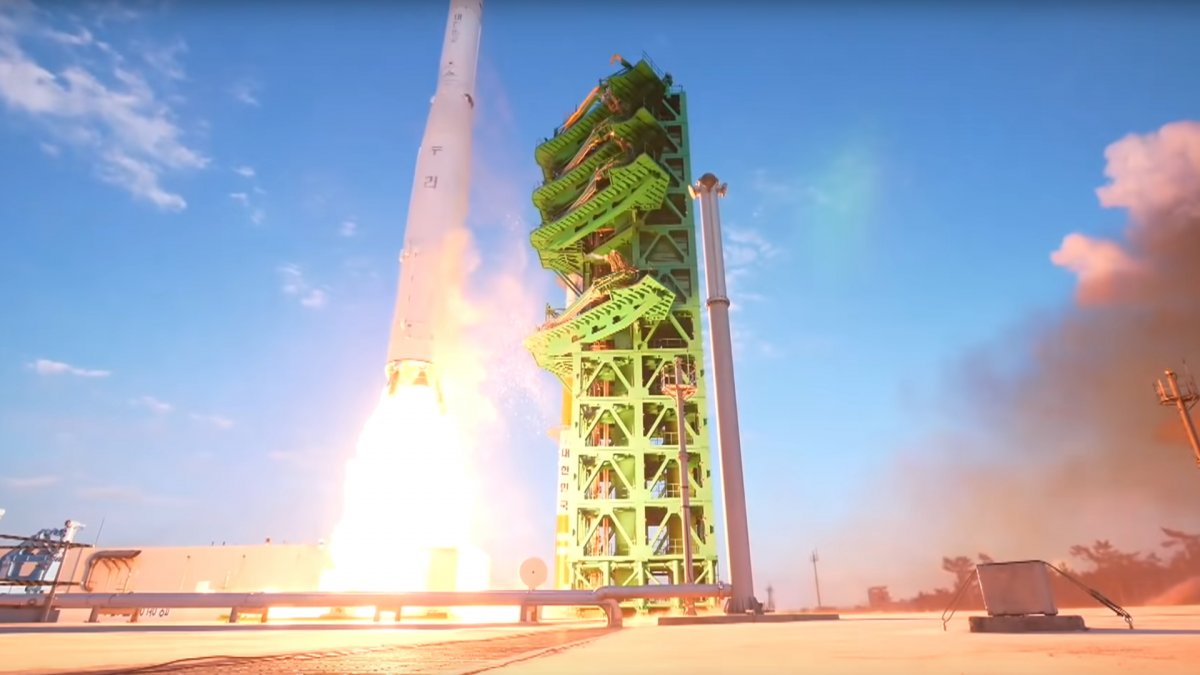 South Korea’s first test of a completely homemade launcher did not fully meet its targets. According to President Moon Jae In, the rocket “completed all flight sequences” on Thursday, but was unable to put a dummy satellite into orbit as planned. “Unfortunately we did not quite reach our goal,” said Moon, who had observed the launch of the rocket right at the spaceport.

The rocket was launched at 5 p.m. local time (10 a.m. CEST) from the Naro Space Center near the southern coastal town of Goheung. South Korean television stations broadcast the start live.

Next test in May

The rocket weighing 200 tons is of the so-called type KSLV-2. It is the first space rocket tested to be entirely designed and built in South Korea. According to the South Korean Space Agency, the next test of a KSLV-2 rocket is scheduled for May 19 next year.

The Seoul government plans to put communications satellites and lunar probes into orbit as part of its space program in the coming years.

The rocket launch was originally scheduled an hour earlier, but according to the Ministry of Science there were delays in the inspection of the valves on the missile.