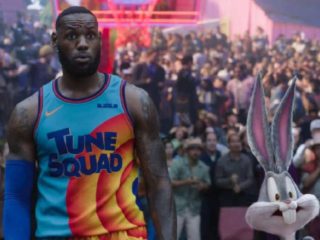 Space Jam: New Legends just released a new trailer to get the engines started, and fans are more eager than ever.

After the iconic film that was Spaca Jam many years ago, Warner Bros returns to bet on a new version that promises to surprise the public. In the place of Michael Jordan we will see Lebron James, who will enter a new adventure with the Looney Tunes. To increase fan anxiety, a new trailer was recently released.

In this new film, which repeats the same idea as the original film, Lebron James will team up with the famous animated stars to defeat the bad guys in history. On this occasion, Don Cheadle will be the villain with whom he will have to face. An evil being who intends to end James’s family and incidentally erase all cartoons.

In Space Jam: New Legends we will meet again with Daffy Duck, Bugs Bunny, Roadrunner, Tweety, Tazmania demon and many more. All of them will help Lebron James win the most important game of his life. Zendaya will voice Lola Bunny, a character who generated much controversy for having changed her wardrobe with the intention of not being “sexualized.”

Malcolm D. Lee is in charge of directing this new film, whose script is signed by six people. Space Jam: New Legends will feature great cameos and Easter eggs that seek to surprise the audience. From what can already be seen, the studio planted references from many of its franchises in this film. In addition to the Looney Tunes, we’ll see tributes to The Matrix, Mad Max, DC, The Mask, and even Casablanca.