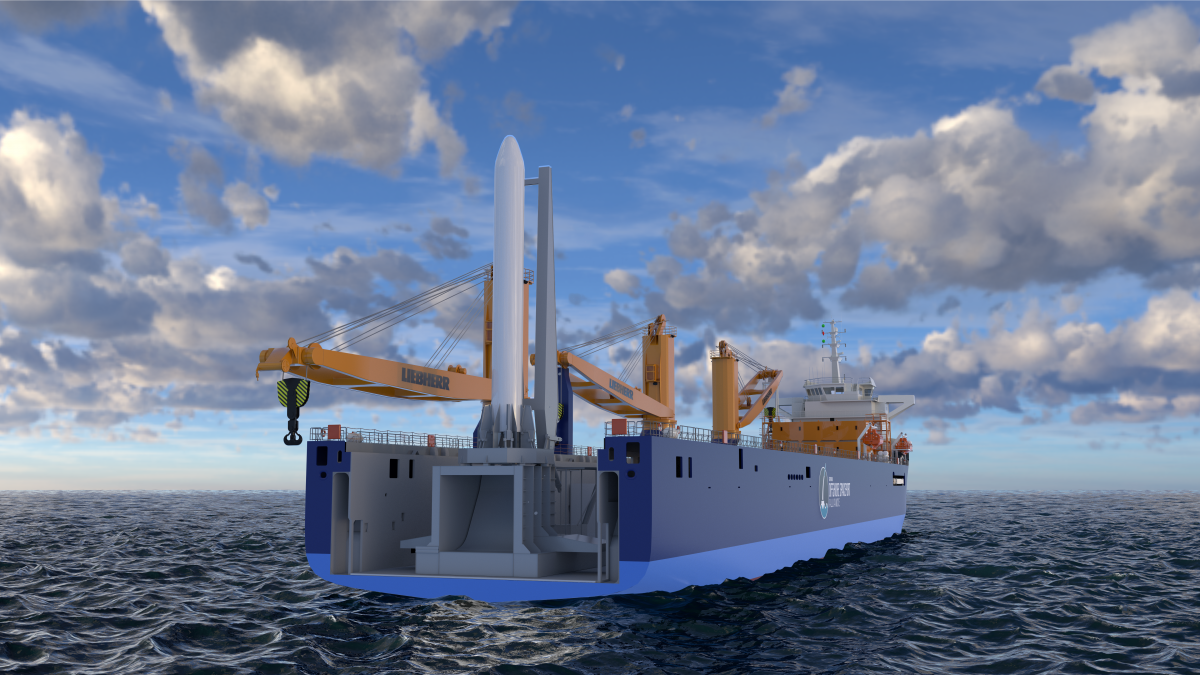 Spaceport in the North Sea: Why the plan has weaknesses

The ink on the signatures of the four European start-ups has just dried up to some extent, so it is now time to take a closer look at the intentions and actors at the planned spaceport in the North Sea. Why is a ramp in the sea on our doorstep necessary? Which missiles should start there? What are the tasks now?

Against this background, the Federation of German Industries (BDI) held talks with the federal government in autumn 2019 about a rocket launch site on German soil. A first feasibility study was carried out and outlined a floating rocket launch platform in the North Sea. Put simply: a ship with a launch pad. But the idea petered out in the meantime. The Bild newspaper already quipped about the “beautiful dream of Peterchen’s trip to the moon”, alluding to Minister of Economic Affairs Peter Altmaier. In April 2021, the coordinator from the German Aerospace Center (DLR), Thomas Jarzombek, said that a European solution was favored. But with the success of commercial space travel in the United States, the pressure seems to have grown.

Support for the spaceport

And so on September 6, four European microlauncher startups signed, including Rocket Factory Augsburg and HyImpulse from Baden-Württemberg, a letter of intent for the use of the North Sea platform. At the meeting shortly before the general election, the outgoing Peter Altmaier gave a speech and vowed support for the German spaceport. He also promised half of the funding for a new feasibility study.

What is already clear: Large launch vehicles like the Falcon-9 from the US company SpaceX could not take off economically in Germany. They need to be close to the equator, where the rotation of the earth energetically supports the transport into numerous earth orbits. However, smaller launch vehicles, so-called microlauncher, could take off on German soil, which would bring one or many small and micro satellites into suitable earth orbit. In particular, a polar orbit would be directly and easily accessible from the North Sea.

Three German startups have been developing microlauncher for a few years. This includes the signatories of HyImpulse. Her 27 meter high Small Launcher SL1 is supposed to bring 500 kilograms of payload into a low earth orbit (LEO). The similarly large “Spectrum” from Isar Aerospace from Ottobrunn in Bavaria should be able to transport a ton of payload into a LEO. Third in the league is the undersigned Rocket Factory Augsburg with the approximately 30-meter-long RFA One. With her, the payload information is not yet clear, but she should play in the same performance class as the other two. In the coming year, all three German microlaunchers will be baptized by fire with a first start.

Is in charge of the planning and possible construction of the German spaceport German Offshore Spaceport Alliance (GOSA), a consortium supported by OHB SE. The German space company, which also equips the International Space Station (ISS) and supplies the European Ariane rocket, is based in Bremen. And the ships for the launch are to leave the ports in Bremen and Bremerhaven. OHB is also significantly involved in the Rocket Factory Augsburg, as described in a report on the “Golem” portal.

These entanglements cast doubts on the seriousness of the plan among some observers. But other circumstances put the launch site in the North Sea in a dubious light. First of all, several ships are needed that travel around 460 kilometers out to sea: one to transport and launch the rocket, one to supply labor and material, and others, for example to block sea areas during launch. Start delays, which are likely to occur frequently due to bad weather conditions and storm developments over the North Sea, bind ships and crew. Last but not least, the ship with the launch platform could be destroyed in the event of a false start. The damage would be greater than with a launch platform on land.

It will be difficult without the German Space Act

The legal basis for rocket launches on German soil is also unclear. The grand coalition has wanted to create a German space law for years. It did not come about in the legislative period that is now ending. Only such a law can create sufficient planning and investment security for companies. “Only with a space law is it clear to what extent the launch service companies are liable for damage caused by accidents, false starts or uncontrolled crashes,” explains Space lawyer Ingo Baumann from BHO Legal in Cologne. “And you can insure yourself up to this amount.”

The Space Act would define a detailed approval procedure in which relevant aspects such as environmental protection, noise protection and safety are taken into account. If this is missing, individual approvals would have to be obtained from the authorities for each start. Without a law, it could also happen that the German taxpayer has to pay in full for damage caused by a rocket or satellite operator after an unsuccessful launch on Germany’s northern border in another country due to the international law of the UN space treaty.

As long as such a sword of Damocles hovers over a potential starting point, the acceptance of the state and authorities would be low and the planning security of companies would not be given. Finally, there are also plans for rocket launch sites in Norway, Sweden and Scotland, and on the Portuguese Azores. Wouldn’t a European solution be better than going it alone at national level?

Hope for the rocket launch site

In the circles of supporters, one cites the short distances that German manufacturers of rockets and satellites have to the North Sea – instead of to neighboring European countries or even to Kourou in South America, where the European Ariane rockets have long been launched. It is also hoped that service providers and suppliers will settle around Bremen and create jobs. After all, a start at sea also has advantages: You only have to close a limited zone for a short time to ships. The risks would be lower compared to a take-off over land, since the rockets only flew over water. State start-up funding, around 30 million euros over six years, also seems manageable.

A study by Euroconsult from 2020 saysthat 14,000 small satellites weighing less than 500 kilograms will be launched by 2030, almost five times as many as in the last decade. Whether a small part of it will take off from the North Sea with microlaunchers as early as 2023 seems possible at the moment. It remains to be seen whether it will continue to be politically wanted after the federal election and whether the German New Space industry can honor its declarations of intent.