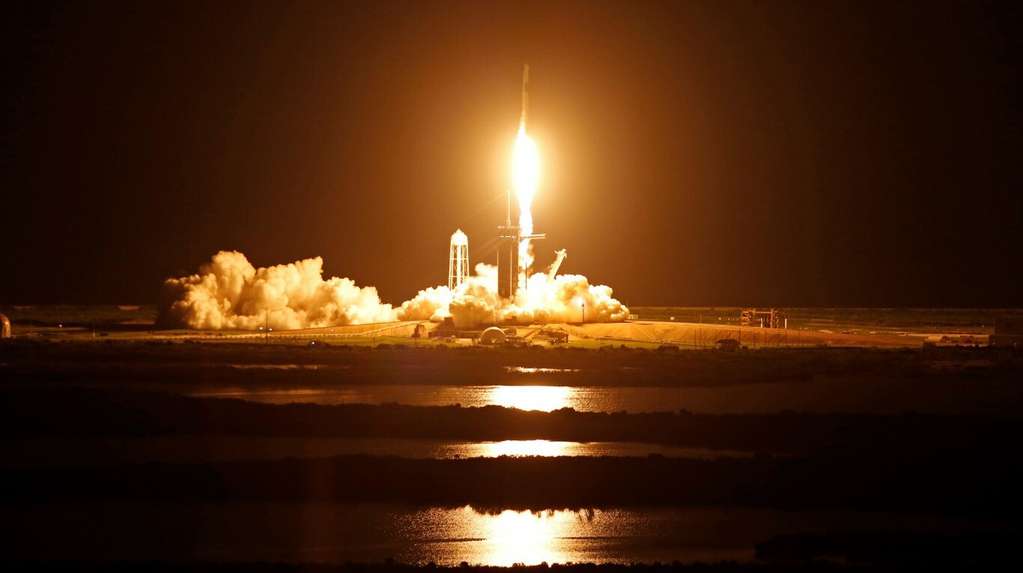 SpaceX, the private space company of Elon Muskonce again makes history. At 20:02 hours in Florida, United States, the Inspiration 4 mission with a civilian-only crew, that is, without the presence of professional astronauts on the spacecraft.

The successful launch was carried out from NASA’s Kennedy Space Center, the same site that was used for the well-remembered Apollo missions of the US space agency. In this case, the takeoff was courtesy of Falcon 9, a reusable development of Musk’s company, which after “offering clean and jerk” returned to Earth.

The adventurers continued their journey beyond the atmosphere in the capsule Crew Dragon, which was previously used to send astronauts to the International Space Station. For this mission the firm added a glass dome that provides spectacular views of the space and it is part of the company’s intentions to offer, with increasing frequency, plans for tourism beyond Earth.

The four crew members will spend the next three days in space, orbiting the Earth with an approximate of 50 laps to our planet. When they return, the capsule will descend on the final leg with a large parachute and splash into Florida waters to be brought ashore by company personnel.

Inspiration 4 is a more ambitious program compared to the competition, which experienced the weightlessness of space, albeit for only a few minutes. In this case, as we pointed out, the travelers will spend three full days under the influence of zero gravity.

The mission orbits about 575 kilometers of altitude, a figure higher than the distance that separates the International Space Station from the earth’s surface: this orbital laboratory managed by NASA and ESA, among other agencies, is located at an altitude of 400 kilometers.

Crew Dragon will circle the world once every 90 minutes, moving at 27,360 kilometers per hour.

The flight is controlled by Jared Isaacman (38), founder of the payment company Shift4 Payment, an experienced pilot, as well as the holder of a wealthy bank account that has allowed the financing of this trip and subsequent charitable actions related to this mission. “The risk exists,” said this man who will take command of the ship. “We will travel in a rocket at 28,000 kilometers per hour around the Earth, in that kind of environment there are risks,” he said.

Three people accompany him, representing various values. Hope is attributed to Hayley Arceneaux (29) who overcame childhood bone cancer and is now a medical assistant at St. Jude Hospital in Memphis, specializing in pediatric cancer. She will be the first person with a prosthesis to travel to space.

Sian Proctor (51) assumes the role of “prosperity.” She is a science teacher and in 2009 she came close to becoming an official NASA astronaut, where her father participated in the Apollo missions.

Finally, generosity is attributed to Chris Sembroski (42), a former US Air Force veteran who was in the Iraq war. This man was selected after a donation to the aforementioned hospital, to which Isaacman will also give a large sum of money.

This mission seeks that in the near future “the space is more accessible to all who wish to go“Said Gwynne Shotwell, president of SpaceX.