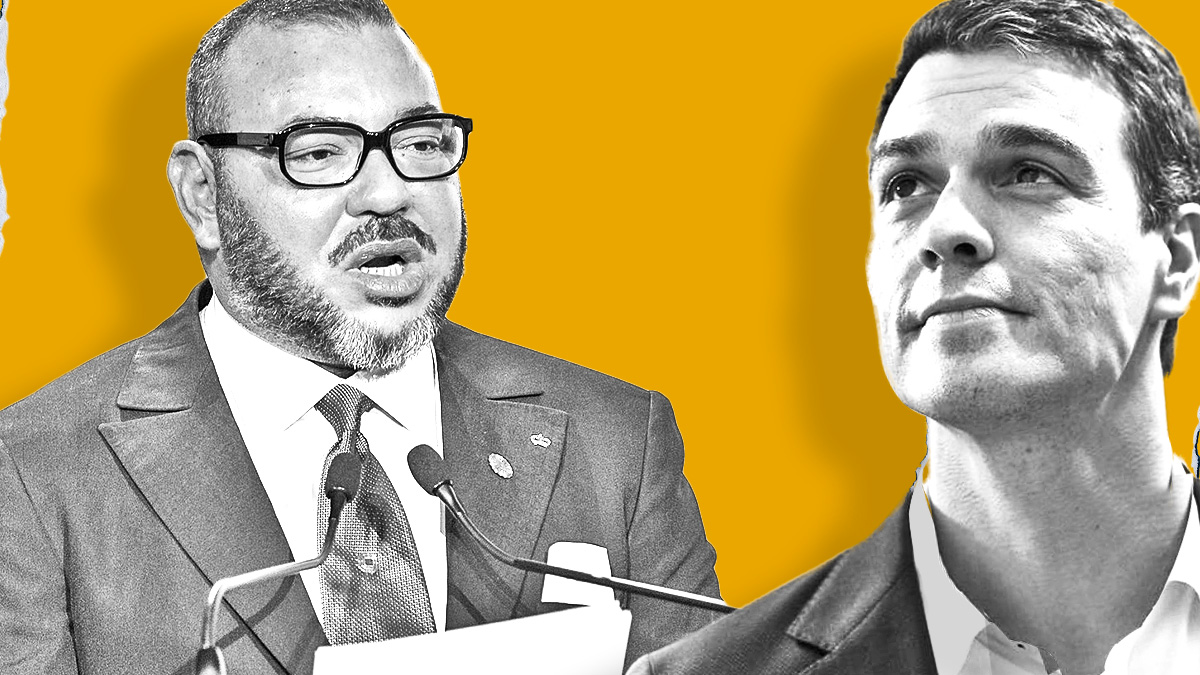 Pedro Sanchez takes a 29-second selfie with Joe Biden, and everything remains the same. Moncloa has sold the Spanish president’s paseíllo with that of the US as the beginning of a new international era. But the truth is that the new Conference on Libya will be held in Berlin on June 23 and 24 and Spain will not participate in it. And who will participate will be Morocco at the request of the United States.

Tomorrow, Wednesday, the second Libya Conference will begin in Berlin. The objective is to achieve a stabilization of the North African country through the involvement of the great powers. But among them, Spain will not be.

The German Minister for Foreign Affairs, Heiko Maas, and the UN Secretary General, António Guterres, has promoted this summit and have designed the list of countries with which this international scheme should be drawn. For this reason, the nations present will already be called to the so-called Berlin process. Among the guests will also be the Libyan Transitional Government and Morocco.

Among the measures to be defined will be the unification of the Libyan security forces. And Spain is left out, as it already happened in the main summits of 2020 in this matter.

It should be remembered that the last two international summits in which decisive issues regarding terrorism or immigration mafias have been debated have not counted on Spain either. The representatives of the Social Communist Government have unofficially assured throughout this period that there was no national interest in attending, but diplomatic sources consulted by OKDIARIO have assured that there was never an attempt to invite Spain to be present together with the rest of the powers. In fact, the obvious reality is that the national rulers were neither there, nor were they expected.

The first of these appointments took place in the second half of January. The host was again Germany. Berlin welcomed international leaders and parties to the conflict to dialogue and solve the crisis in Libya: it was the first Conference on Libya. The points on the table could not be more decisive for Spain: advance of jihadism, situation in Libya and its consequent expulsion of refugees, and pressure from radical Islamism in Spain’s neighboring countries on the opposite shore of the Mediterranean.

The parties involved in the Libyan conflict and different leaders came without hesitation to settle the political game and show their support for the ceasefire in the North African country.

The attendees were those that Germany and its partners considered decisive in taking a position on the international board: the presidents of Turkey, Recep Tayyip Erdogan; from France, Emmanuel Macron; of Russia, Vladimir Putin; the prime minister of Italy, Giuseppe Conte; the UN Secretary General, António Guterres; the German Chancellor, Angela Merkel; the British Prime Minister, Boris Johnson; the President of the Council of the European Union, Charles Michel; the President of the European Commission, Ursula von der Leyen, and the President of Egypt, Abdel Fattah el-Sisi. No sign of Spain.

The second of the meetings in which Spain was conspicuous by its absence was even more evident. Mid November. France, Germany, Austria and the Netherlands meet for a purely anti-terrorist summit. And Spain is out of the game again, along with Italy and Greece.

At the table of discussion, nothing less than the reform of the Schengen area and the shielding and reinforcement of the control systems at the external borders. Translated: just one of the main problems of Spain, immersed at that time in a new crisis of the boats.

And it is that only the Canary Islands have been overwhelmed by the arrival of illegal immigrants in recent years. But Spain was once again staying on the other side of the doors of the countries that decided the control mechanisms of illegal immigration.

The summit debated the future of the control of jihadism after the succession of attacks registered in Paris, Nice or Vienna. But the French Government, from the same Macron with whom Sánchez claims to have a powerful strategic alliance in Europe, was meeting with German Chancellor Angela Merkel; the Austrian president, Sebastian Kurz, and the dutch Mark Rutte, as well as the President of the European Council, Charles Michel, and the President of the European Commission, Ursula von der Leyen. Not with Spain. As they unofficially state from the Government, because there was no interest on their part to attend.

All this, when Spain has become the main gateway for uncontrolled immigrants in the European space, many of them from areas of Islamist influence.