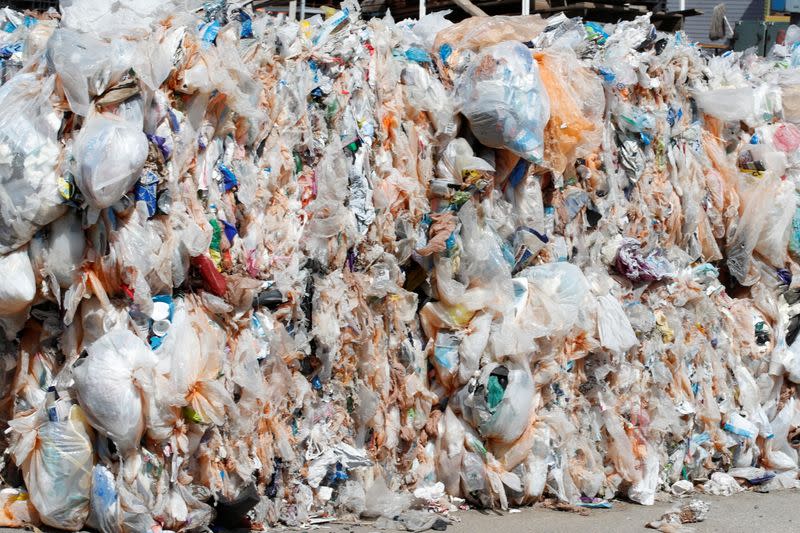 The program, backed by Dow Inc, one of the world’s largest plastics producers, was hailed locally as a greener alternative to burying it in the county landfill.

A few months later, residents of Boise and its suburbs began putting their containers of yogurt and other plastic waste in orange trash bags, which were then trucked more than 30 miles away, across the state line. , to Salt Lake City, in the state of Utah.

The destination was a company called Renewlogy, which bills itself as an “advanced recycling” company capable of handling hard-to-recycle plastics, such as bags or takeout containers, things that most traditional recyclers don’t touch. Renewlogy’s technology, company founder Priyanka Bakaya told local media, would heat the plastic in a special chamber without oxygen, turning the garbage into diesel fuel.

However, after a year, the project came to a halt. The failure of the project, first reported by Reuters, is a testament to the enormous obstacles faced by advanced recycling, a group of reprocessing technologies that the industry is promoting as a salvation for the environment, and which it sees key to its own growth in the face of mounting pressure to curb the use of plastic.

The Renewlogy team was unable to process plastic “films”, such as wrappers, as promised, the director of Boise’s materials management program, Peter McCullough, told Reuters. The city continues to participate in the recycling program, he said, but its plastic now has a low-tech end: It’s trucked to a cement plant northeast of Salt Lake City that burns it for fuel.

Renewlogy said in an email response to Reuters questions that it could recycle plastic film. The problem, he added, is that Boise’s waste was contaminated with 10 more garbage than they were told to expect.

Boise spokesman Colin Hickman said the city was not aware of any statements or guarantees made to Renewlogy about specific levels of pollution.