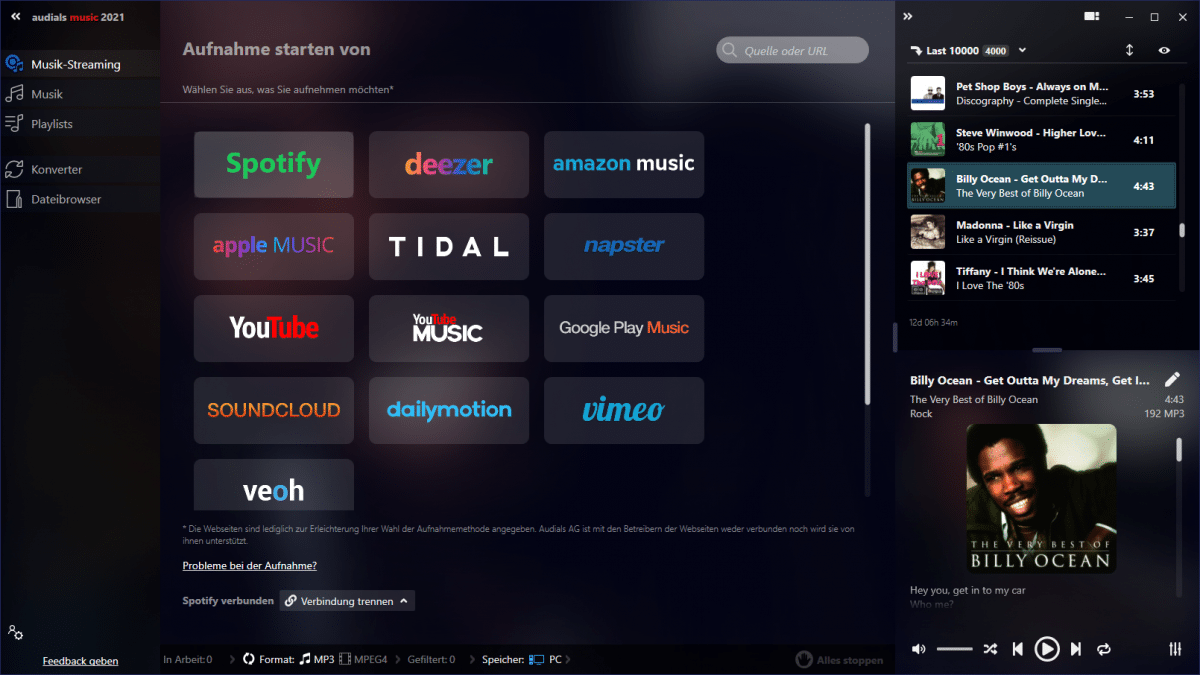 Spotify: Anyone who records with Audials will be locked out

The accounts of several Spotify members were blocked after they had used the fast recording mode of the Audials recording application. An employee of the Karlsruhe company has meanwhile confirmed corresponding reports in the software forum.

Audials offers several paid programs with which, for example, the audio output of a PC can be recorded. To do this, the “Audials Music” software hooks into Spotify, cuts the songs played and automatically packs them into separate individual files, for example as .mp3 or .wma. Audials Music can also use a hidden function in the Spotify software to accelerate song playback to up to 30 times the playback speed – it takes significantly less to record an album on the streaming service.

However, it is precisely this function that has apparently led to some users having their accounts blocked in the past few weeks. According to the user contributions and the Forum post from the Audials employee only the quick recording of Audials leads to the account lock. Spotify can see which songs users have played, explains Audials in its own forum. According to this, Spotfiy can also recognize when an unusually large number of songs are played in a short period of time.

Because this fast playback function is not available to normal users, Spotify could detect manipulation from this alone. It is not known why the PC version of Spotify even has this hidden function. In the email that Spotify sends to blocked accounts, the company writes: “Spotify has determined that your account was involved in an improper use of the Spotify service that violates the terms of use, including possibly improper downloads.” Heise online has asked Spotify for an opinion.

According to the user reports, Spotify will reactivate the accounts if their owners promise not to carry out any more “illegal downloads” in the future. Audials now advises against using the fast recording mode: “If you record music at ‘Highspeed’, you risk being blocked by Spotify!”, it says on the Audials website recently in a warning. Other software that works on a similar principle could also be affected. Programs that record in real time, on the other hand, are still invisible to Spotify and can be used without hesitation.