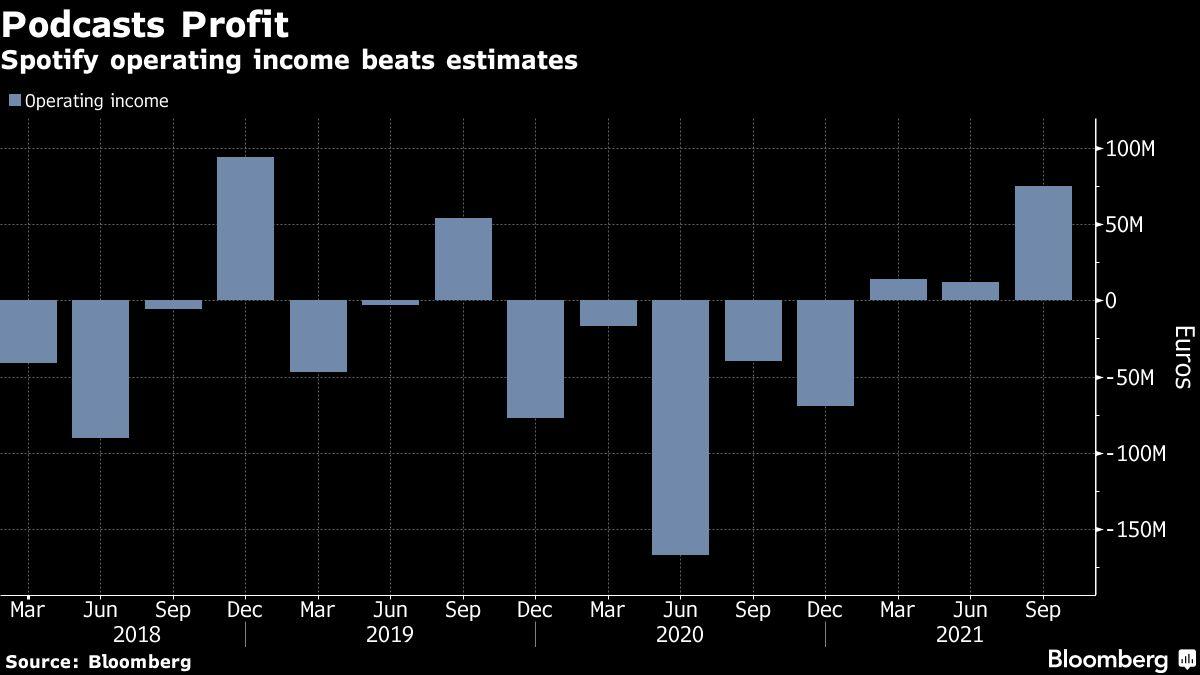 Investors have been waiting for Spotify’s multi-million dollar investment in podcasting and advertising technology to turn its money-losing music service into a profitable audio service. After Spotify shares soared for most of 2020, they have plunged this year as investors became disappointed in the podcasting tactic.

The company has asked for patience and has said podcasting is still dragging profit margins. But CEO Daniel Ek said the company’s efforts to build a podcasting business have been ahead of schedule and that projected advertising would one day account for more than 20% of its total sales. Advertising generated € 323 million of revenue in the third quarter, representing around 13% of total sales.

“Our advertising business continues to exceed even our own optimistic expectations,” Ek said in a call with investors. The company’s shares soared as much as 10%, the most since December.

Podcasting isn’t the only reason for Spotify’s ad growth. The company has also convinced record labels to pay to get their songs in front of certain listeners using a variety of tools. Spotify calls this business “two-way market.”

Advertising had been an afterthought on Spotify for many years. The music streaming app used the free version of its service as a funnel to convert people into paying customers. But his interest in advertising has recently increased. The company is targeting billions of dollars in marketing budgets that are currently spent on linear radio. Most audio advertising dollars are still spent on traditional media.