Sputnik V, “stranded”: why it has not been approved in Europe for five months and does not have the WHO approval 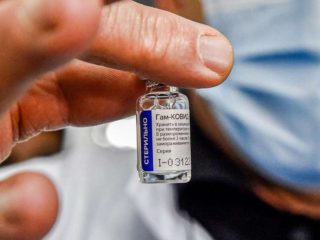 Another controversy splashes Sputnik V: in addition to the delay in the arrival of second doses to the country, the Russian vaccine It has been analyzed for five months and pending approval in the European Medicines Agency (EMA). It is more than twice as long as it took the agency to approve other coronavirus vaccines, while Sputnik is the third most international brand.

Oxford-AstraZeneca has been approved in 119 countries; Pfizer, at 97; Sputnik, and 70. Further back are Moderna, authorized at 64, and Sinopharm, at 59. Then Janssen, at 56; Sinovac, at 39; and far behind, Cansino, approved in 8 countries.

// In the absence of second doses, Russia reported that “it is safe” to combine the Sputnik V vaccine with that of AstraZeneca

The legitimation problem is not only in the EMA: so far, the World Health Organization (WHO) has not approved it either.

At the end of June, the world’s highest health agency had expressed concern about the methods used in a facility that produces the Russian vaccine, after Slovakia announced that it would sell or donate 160,000 doses of the 200,000 it had ordered.

The WHO then said to be “concerned about quality control and test results from one of the four production establishments that he visited in Russia, that of Pharmstandard-UfaVITA in Bashkortostan ”.

Meanwhile, the company said in a statement that it was working to solve any problems and was ready for a new inspection. For his part, Kremlin spokesman Dmitry Peskov said that “all necessary measures were taken.”

The deputy director of the Pan American Health Organization (PAHO), Jarbas Barbosa, explained that in WHO reviews “many times, and this is the case Sputnik, more information is requested from producers”. “The conclusion of the process depends on the producer, who must provide all the information so that the review can be completed,” he said.

In other words, Barbosa placed the blame for the delay on the tandem composed of the Gamaleya Center and the Russian Fund for Direct Investment (RFID), the developers of Sputnik.

// More and more countries have problems with Sputnik V: Bolivia analyzes combining vaccines, Guatemala canceled the contract and Mexico made a turnaround on time

At the EMA, meanwhile, they told Clarion that Sputnik, whose study began on March 4, “is currently under continuous review, and will continue until sufficient evidence is available for a formal application for marketing authorization, which has not yet been received.”

“The EMA will be in a better position to comment on the possible timelines for the authorization of the Sputnik V vaccine once a marketing authorization application has been submitted to the Agency, which allow a better understanding of the robustness of the available data”Explained Laure Herold, public relations officer for the European Medicines Agency.

“An ongoing review is a regulatory tool that the EMA uses to expedite the evaluation of a promising drug or vaccine during a public health emergency (…) Once the committee on human drugs decides that sufficient data is available, the the company can present a formal application for marketing authorization ”, he added, in statements collected by the same newspaper.

Anyway, There is no shortage of those who believe that authorization depends on a political decisionToo bad that Argentine tourists who hope to travel to Europe with this immunization passport are in spite of it.