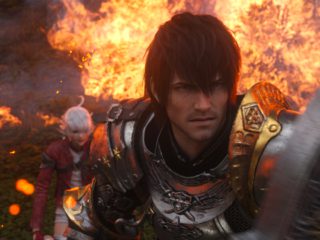 Final Fantasy XIV producer and director Naoki Yoshida has revealed the team’s plan for deal with server resentment caused by huge numbers of new players. The director has written a letter to the community thanking fans for their support and letting fans know that the current focus of the Endwalker expansion is “content implementation and transition to review and polish phase. “Due to the new expansion, many players have reached the title, especially in North America and Europe.

This situation has caused Final Fantasy XIV to achieve a record of users, which has ended up becoming a big problem for Square Enix: servers are worse than expected. Many users are having difficulty logging in and creating new characters. Demand was so high at one point, Square Enix had to temporarily stop selling the digital version of Final Fantasy XIV.

This was the first of several measures Square Enix will take. Then, increase the concurrent login limits of servers to ensure the server is not overloaded. In fact, in North America, servers were upgraded to higher-performance models, increasing the number of simultaneous logins.

European servers will also get the update, but they say they are “working hard to optimize existing servers in an attempt to increase caps“In Europe, waiting times reached 40 minutes.

Square Enix has asked its players to help with this situation: to log out those who are not actively playing instead of being inactive (AFK).

A auto logout function like “emergency measure to combat congestion“. It will be part of patch 5.58. New worlds and data centers will be created, but this will take much longer.

Yoshida concludes by taking full responsibility for the current situation and asks his players for patience. All these measures will be implemented little by little. Final Fantasy 14 Endwalker will be released on November 23, 2021So Square Enix still has room for maneuver.