Star Wars: The Mandalorian has yet to record its season 3 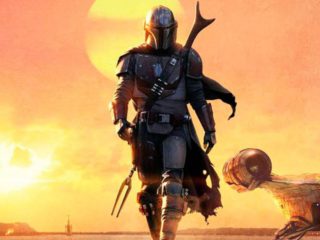 A few months have passed since the premiere of the second season of The Mandalorian, the first live-action series based on Star Wars. However, despite the leaks suggesting that the third season would be recorded in early 2021, everything seems to indicate that this has not happened. At least that assures Pedro Pascal, the actor inside the helmet of Din Djarin, better known as the Mandalorian.

And what about the rest of the series?

The Star Wars series that have started filming are Andor and Obi-Wan Kenobi. In addition, it has been confirmed that the recording of The Book of Boba Fett has already come to an end, as reported by the actress who plays Fennec Shand, Ming-Na Wen on her personal social media.

The Mandalorian will miss its annual date and will not be coming to Disney + this year. Instead, it will be the Boba Fett series that does her debut on Disney + in December. Beyond that, dated 2022, there is the aforementioned fiction starring Cassian Andor, the same character that Diego Luna already embodied in the film Rogue One: A Star Wars Story. In fact, it is a plot prequel to that film.

Ewan McGregor is now recording his sequences as Obi-Wan Kenobi. The story of this miniseries is set 10 years after the events of Revenge of the Sith, although no details about the plot have been revealed at the moment.