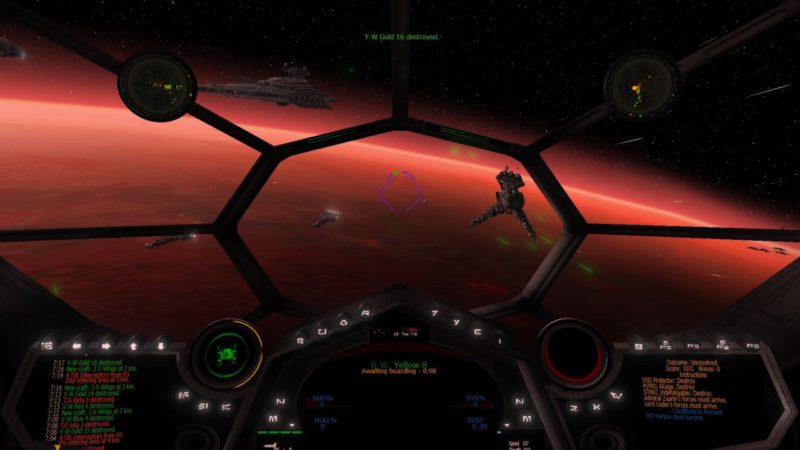 Star Wars: Squadrons is the most recent saga ship game released to date, but the classics are the classics. One of them is TIE Fighter, a product from the old Lucas Arts that you can now enjoy again in a revamped version. We are talking about Star Wars TIE Fighter: Total Conversion, a mod that has been built as mod de X-Wing Alliance, the sequel to the 1994 title. And it even comes with virtual reality support!

“The project TIE Fighter: Total Conversion (TFTC) is focused on adapting the original 1994 classic to the 1999 game engine, X-Wing Alliance (XWA). Based on the original TFTC from 2005 and built on the X-Wing Alliance Upgrade project, this is a complete makeover from the graphics to the gameplay, ”says the official description.

Therefore, its creators have used other mods to outline this new version, which includes the 13 battle campaigns and their respective training missions. What’s more, they have reimagined “8 battle campaigns”, which have taken advantage of the benefits of the X-Win Alliance engine. “We imagine what TIE Fighter could have been like” if it hadn’t been limited by the technology of its time.

Other news and how to install it

TIE Fighter: Total Conversion has fully adapted the classic, which includes expansions Defender of the Empire and Enemies of the Empire. The original voices and cinematic scenes of yesteryear are preserved. In addition, it has a remastered soundtrack, although there is always the option of listening to the usual midi.

And what does it take to be able to access the game? First of all, a copy of the X-Wing Alliance, either on Steam or on GOG. Next it is necessary to install the mod X-Wing Alliance Upgrade and the corresponding update. Then you must download e instalar TIE Fighter: Total Conversion. Will you soar through space again?