Statistics of the week: How Germans see the expansion of the 5G network 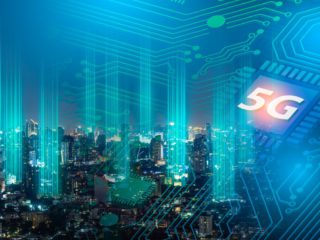 According to the Ericsson Mobility Report, the number of 5G connections worldwide is expected to rise to around 3.4 billion by 2026 – this corresponds to around 38 percent of all connections then available. The infographic from Statista and Technology Review uses data from the Federal Network Agency to show that the 5G radio network is growing rapidly in this country too. After there were just 139 5G base stations in 2019, there were almost 20,000 a year later.

In our weekly column we present numbers, curves and diagrams from technology and science.

As the availability increases, so does the interest of consumers. A Bitkom study from the beginning of the year showed that 63 percent of the surveyed smartphone users 5G capability is important when buying a smartphone – a year earlier it was 17 percentage points less. At the same time, according to a Yougov survey, there are still many people who do not trust the new technology. “Whether through the conspiracy myth, the 5G network may have contributed to or even be responsible for the coronavirus pandemic, or through the assumption that 5G rays have negative effects on the environment, many consumers around the world are concerned about 5G, the network technology of the next generation.”

In Germany, 24 percent of survey participants are concerned about 5G. Such worries are apparently particularly widespread in Asia. There is also great skepticism in France. In contrast, people in Denmark and the United Kingdom are the most relaxed.