Steam Deck may run other third-party software and operating systems 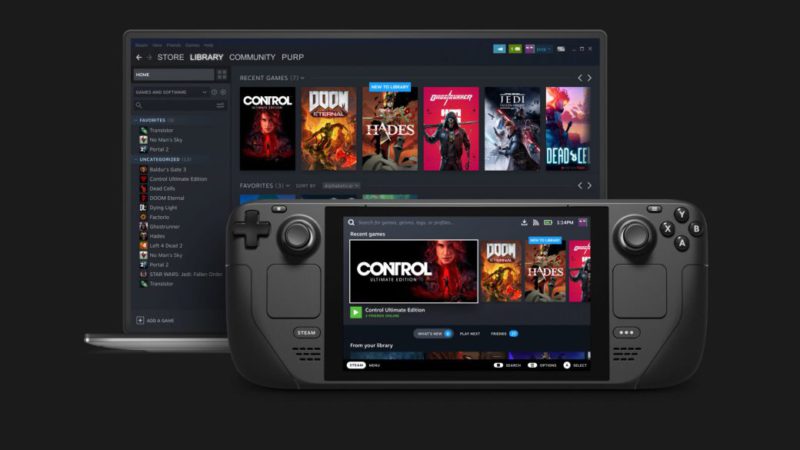 Steam Deck is now official: Valve will launch late 2021 his own portable console. Actually, it is a computer, as they themselves assure, only with a proprietary operating system designed and adapted to guarantee an experience consistent with a device with a seven-inch screen willing to move the latest AAA without messing up. In parallel, we know that Steam Deck will be an open system console, not closed, and that opens the doors to many other things.

Steam Deck is a computer, first and foremost. The official portal of the console breaks down in a question and answer section a question that many probably imagined. Will it be restricted to Steam OS only? Will we be able to run Windows? Will it be possible to use Xbox Game Pass? For the moment, we will stick to the official, not the presumable, as much as everything indicates that this console will be capable of almost everything.

“The default Steam Deck experience requires a Steam account (it’s free!)”, They begin by saying in this regard. “Games are purchased and downloaded through the Steam store. Having said that, Steam Deck is a PC, so you can install third-party software and operating systems”, They explain with these words.

Since The Verge They go a step further and ensure that, with this information on the table, Steam Deck will be able to offer a Windows experience, although it remains to be seen to what extent an optimization in its use, command mapping or performance can be guaranteed. time to run video games from third-party applications. Steam Deck is designed with SteamOS in mind, that is sure. We are talking about a customized operating system based on Linux, with the possibility of connecting to a PC and offering a desktop interface very similar to the classic Microsoft Windows interface.

At launch, the Steam Deck will feature three internal storage configurations: 64 GB eMMC (419 euros), 256 GB NVMe SSD (549 euros) and 512 GB NVMe SSD (679 euros). Reservations will start this Friday July 16, 2021 at 7:00 PM (CEST), only for residents of the United States, Canada, United Kingdom and Europe, limited to one (1) unit per user and only for players registered on Steam with purchases made before June during the first 48 hours to limit the presence of speculators .